1985’s Commando from Capcom is one of the most massively influential shooters ever made. I am a tad hesitant to say that it created the run ‘n gun subgenre, I need to double-check that, but I will state that Commando certainly popularised it. Following the release of the game, the arcades became full of similar titles and even the home market saw plenty of run ‘n gun games too. The likes of Ikari Warriors, Green Beret, Contra, Who Dares Wins and even more modern games like Cuphead all owe a little something to Capcom and Commando for leading the charge. 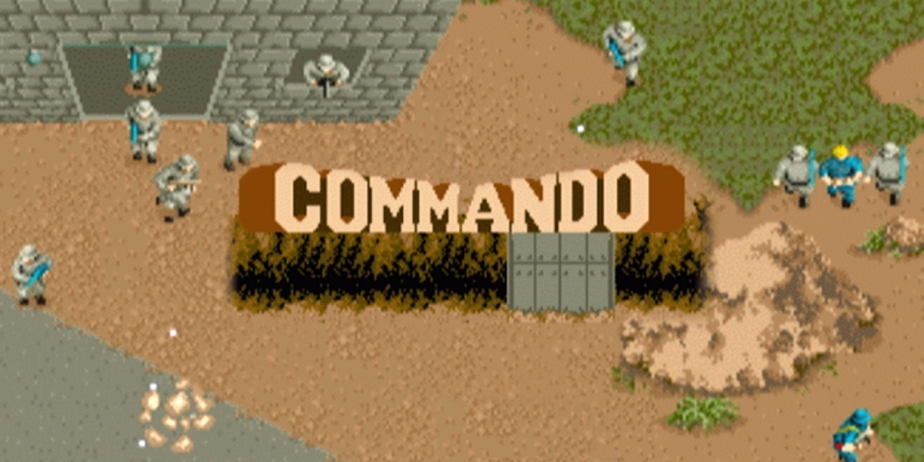 A couple of years later in 1987, Capcom released Bionic Commando. At the time, I recall my older brother telling me that Bionic Commando was the sequel to Commando. But was it? The short answer is… ‘Yeeeeeaaaah, kind of, in a way of thinking, from a certain point of view, in a roundabout way, sort of… but not’. The long answer is this article.

There were certainly clear connections between the two games. Outside of the use of the word commando in both titles, they were both Capcom games. Both had a similar run ‘n gun gameplay mechanic. Perhaps Bionic Commando was a tad more platformy and swingy but it did still have a run ‘n gun element. Then, of course, there was the fact that both games were designed by the same man, Tokuro Fujiwara. I mean, one could see how it would be possible to think that the two games were sequel and prequel to each other.

Officially though? This is where it gets a bit messy and confusing. See, for Bionic Commando’s western release, it was not explicitly said to be the sequel to Commando but it was heavily implied. The original arcade flyer to help promote Bionic Commando to arcade owners looked like this: 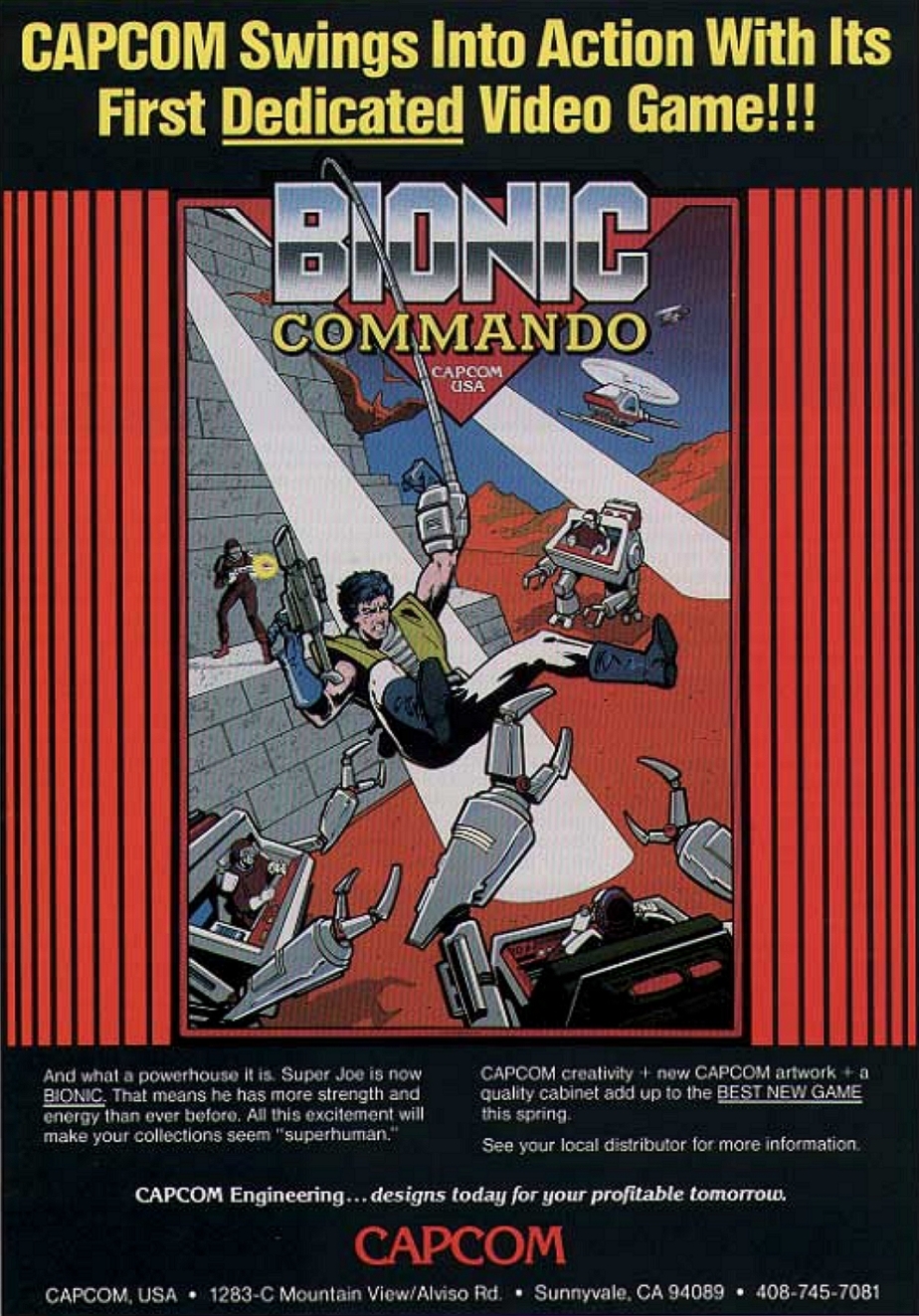 Quickly glossing over the “CAPCOM Swings Into Action With Its First Dedicated Video Game!!!” bit. What does that even mean? Capcom released a number of games pre-Bionic Commando and surely they were ‘dedicated’ video games too? I don’t recall 1942 being anything other than a video game, I definitely didn’t use it to clean my oven or anything. It was just a video game. But it is the bit at the bottom, there is a blurb that roughly describes the game. In that blub, it does say that: ” Super Joe Is Now BIONIC.”. See, this is where I need to address the whole Super Joe character bit. In Commando, you played as Super Joe. And yes, I have an arcade flyer to prove as much too. 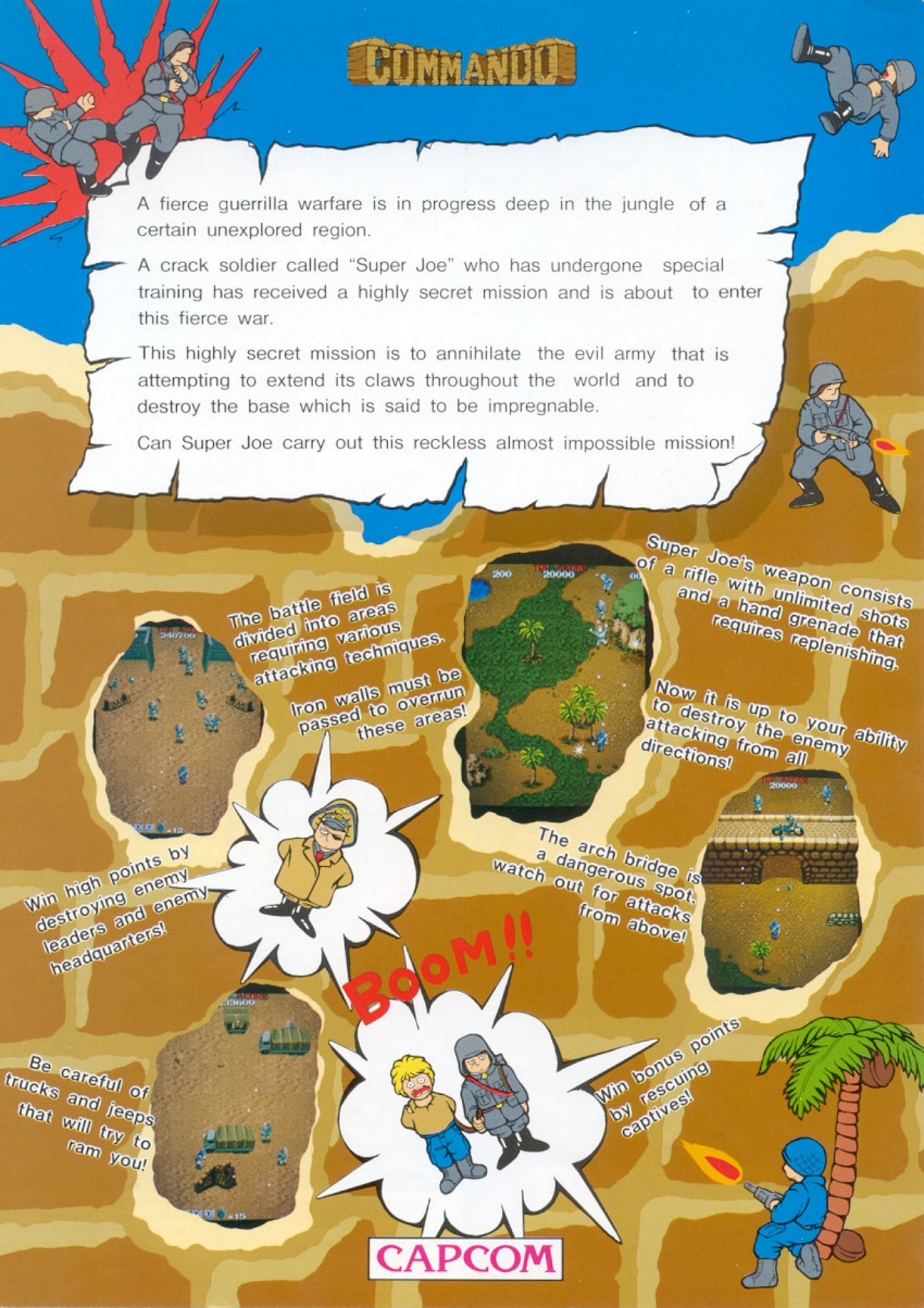 Super Joe is mentioned several times there. You definitely played as Super Joe in Commando then. So with Bionic Commando claiming that Super Joe is now bionic… for a game called Bionic Commando, from Capcom, with both games having similar titles and being designed by the same man. I think it would be more than safe to make the connection that the two games are sequel and prequel to each other. All good then eh? Well, not quite. See, I did say earlier that this really only applies to the western releases of both games. Back in Japan where Capcom are based… it is a different story.

In Japan, Commando’s character is not Super Joe, he was just an unnamed soldier. Not only that, Commando wasn’t even called Commando in Japan either. In Japan, the game was released as Senjō no Ōkami or Wolf of the Battlefield. In Japan, there was no character connection between Commando and Bionic Commando (called Top Secret in Japan), they were two completely separate games. When Tokuro Fujiwara created Bionic Commando, he actually wanted to make a sequel/follow up to his 1983 game called Roc’n Rope. However, Fujiwara made that game when he was at and for Konami, not Capcom. So he couldn’t officially make Bionic Commando a sequel to Roc’n Rope as Konami owned the rights. If you look at some gameplay of Roc’n Rope, you will see some similar shared concepts with Bionic Commando. Platforming action with the use of a harpoon-gun to reach different platforms. Throw in some run ‘n gun action and you’d have Bionic Commando. 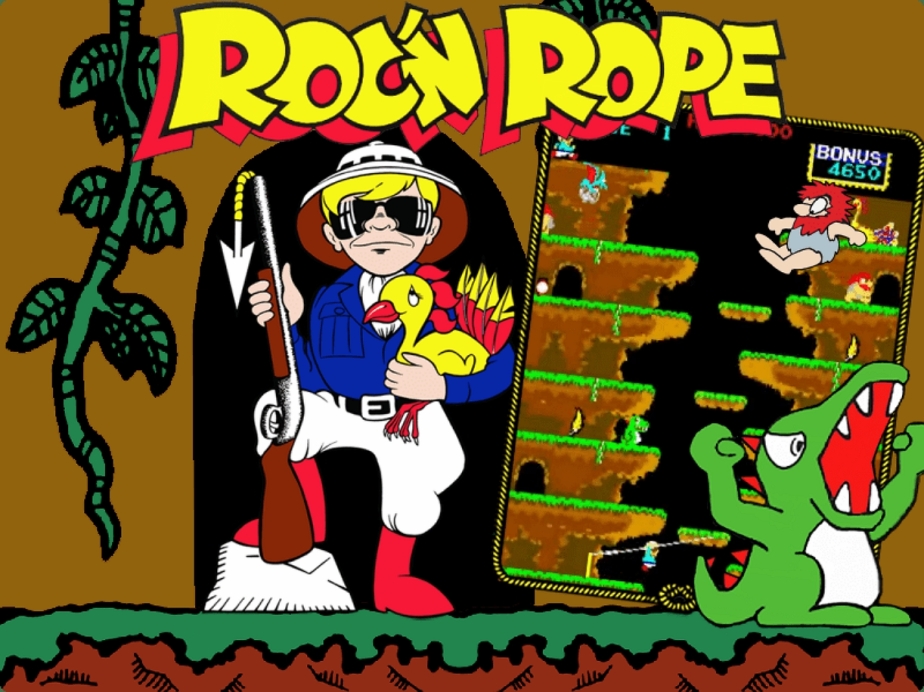 So yeah in Japan, the home of Capcom, Commando and Bionic Commando were completely unrelated. There was no Super Joe character to link the two games and Bionic Commando/Top Secret was even created as an unofficial follow up to Tokuro Fujiwara’s Roc’n Rope and not Commando/Wolf of the Battlefield. The Super Joe connection was purely created for the western audience. Which does kind of leave a question mark over if the two games are ‘officially’ connected when that was not the intention of the game’s creator… even though they are officially connected by Capcom themselves outside of Japan. It really is a rather strange history and one that only became more confusing with later games. Oh yeah, this is not done yet, there’s a lot more to look into.

See, Commando actually did get an official sequel. Not a ‘yeah I guess there is a slight connection here’, but an actual bona fide direct sequel that was not Bionic Commando. Released in 1990 from Capcom came Mercs or Wolf of the Battlefield II in Japan. Yes, an official, no bones about it, sequel. Featuring the same classic run ‘n gun gameplay that made Commando so popular. Only now, with a simultaneous 3-player option. Yup, you and two chums could team up and blow the crap out of stuff. Now, one could bring up the different titles here. It may have been an undisputed sequel called Wolf of the Battlefield II in Japan, but not here in the west. Why was it not just called Commando 2 if it was a direct sequel to Commando? I guess that really comes down to the story of the game, I mean, the characters are mercenaries and no longer part of the military. So calling it Commando 2 wouldn’t quite fit, would it? Wolf of the Battlefield II worked as it doesn’t necessarily make a connection to the military but still very much does work as a sequel to the original game and its title. 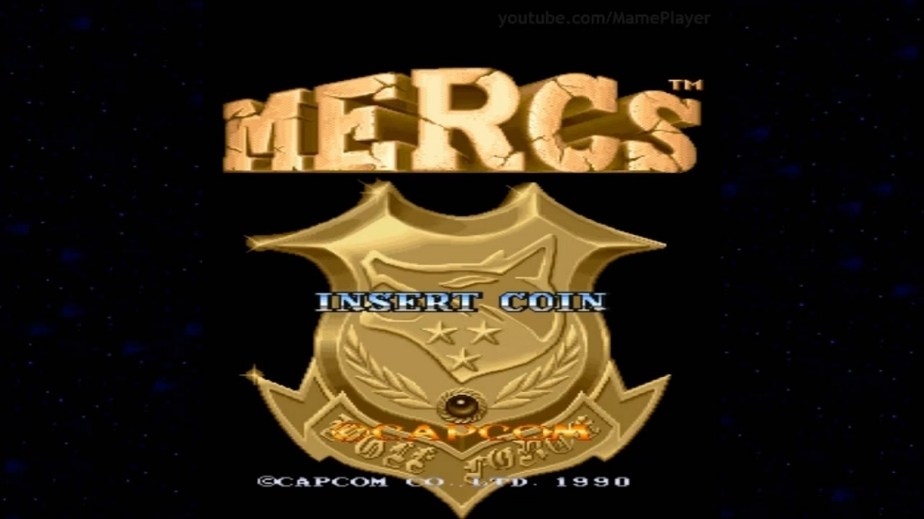 So yeah, the title of Mercs here in the west just sounded better as the characters were not part of the military and worked as mercenaries. Still, you do have to question how a game with a different title can be considered a sequel if there is no real connection other than a similar gameplay style. Well, there was another connection. The three playable characters in Mercs were called Joseph Gibson, Howard Powell and Thomas Clarke. Of those three, Joseph Gibson, who was always depicted in blue, was the main character. It doesn’t matter if you take the official promotional material for the arcade version or the various home ports. Joseph Gibson, dressed in blue, was always front and centre.

Do you know who else was dressed in blue? Super Joe in Commando. Hey, wait a minute… Joseph Gibson and Super Joe? Yup, they are in fact one and the same character, officially canon according to Capcom too. So yes, Mercs (despite the lack of a sequel title) is the real sequel to Commando and not Bionic Commando, which was actually an unofficial follow up to Roc’n Rope due to legal reasons… even though the western release of Bionic Commando was officially linked to Commando by Capcom themselves. Confused yet?

Well, there is more. There was another game. Wolf of the Battlefield: Commando 3 was released in 2008 on the PS3 and Xbox 360. Finally, the two official titles merge. We now have the original Japanese name and the western one together to make the third and (so far) final game in the series. This one played more like Mercs in that it was a 3-player, mass explosion run ‘n gun game… but now in 3D! Again, the main character was depicted as being in blue with promotional material having him front and centre. So… Super Joe/Joseph Gibson again then? Well no. The three characters had codenames and this fella was called Wolf… as in the title of the game. But he must be Joe just using a codename then. No. The character select screen displays his real name as Roy McMurray. This game really has nothing to do with Commando other than the name and run ‘n gun gameplay. There was no connecting plot or characters to the previous two games. 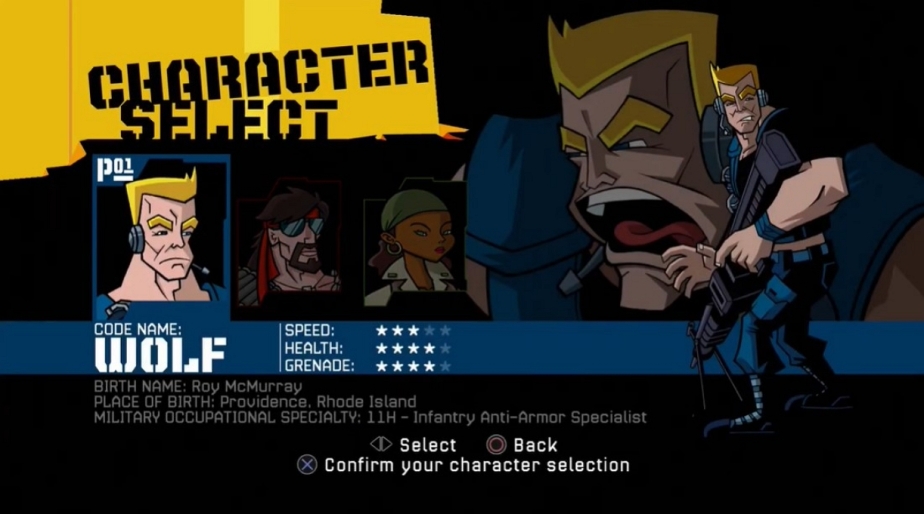 So, what happened to the star of the series Joseph ‘Super Joe’ Gibson then? Well, this is where we need to go back to Bionic Commando. Now, the original arcade game never had a sequel, not a connecting one anyway. There was Bionic Commando: Elite Forces on the GameBoy in 2000. This is said to be a ‘proper’ sequel to the original, yet it has nothing to do with the original at all. Still, it’s more of a sequel to the NES port of the original game, which itself was very different from the arcade version. Anyway, Bionic Commando: Elite Forces has nothing to do with the Bionic Commando featuring Super Joe. There is an all-new plot with new characters, none of them are Joseph ‘Super Joe’ Gibson. Really, this could be seen as a stand-alone game. So we aren’t going to find any answers as to what happened to Super Joe here. For that, we would have to wait a good few years. 2008 saw the release of Bionic Commando Rearmed. 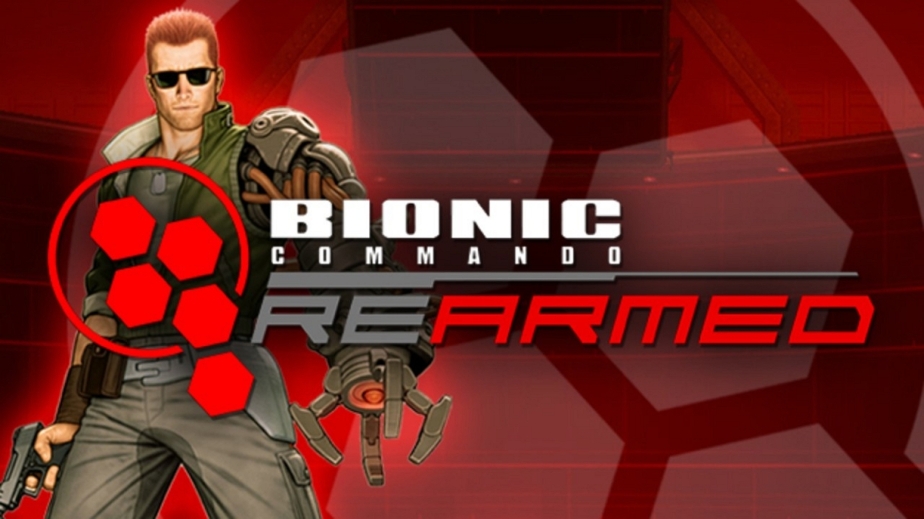 Okay, so let’s get even more confused now. Bionic Commando Rearmed was a, built from the ground up, complete remake of the NES version of the arcade original. The NES version was a very different game with a different plot to the arcade version. Still, Super Joe was in it… and he is captured. That is what happens with this remake too, Super Joe is sent in on a mission and is captured. So you, playing as Nathan Spencer, go in and try to rescue Super Joe and help him finish his mission. This means that Super Joe has now jumped ship from the Commando franchise (he wasn’t in the 3rd game) and is now officially part of the Bionic Commando franchise… a franchise that (remember) was not originally part of the Commando one. It was an unofficial follow up to Tokuro Fujiwara’s Roc’n Rope. 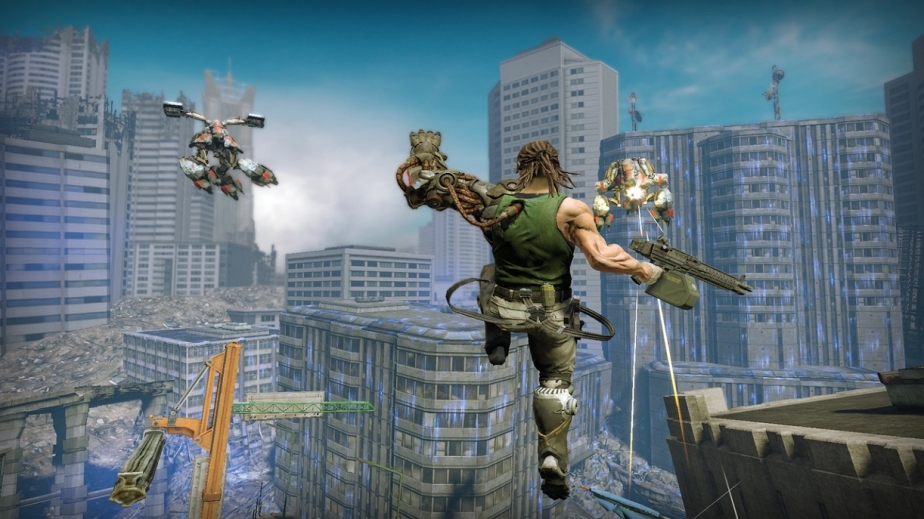 And that, ladies and gentlemen, is what happened to Super Joe. He started out as the hero of Commando (outside of Japan) before being placed in the world of the arcade version of Bionic Commando by Capcom but not the games creator, Tokuro Fujiwara. Joseph ‘Super Joe’ Gibson then popped up as the main character in the official Commando sequel, Mercs… before disappearing from the next game in the franchise with Wolf of the Battlefield: Commando 3. That was because Super Joe had officially been placed in the Bionic Commando franchise, thanks to Bionic Commando Rearmed, which was a remake of the NES port of the arcade original that featured Super Joe as the hero… even though he wasn’t in the Japanese arcade original. Anyway, in the NES port and the 2008 remake, Super Joe became a secondary character as Nathan Spencer took the lead (though he was called Ladd in the NES version). Only for Joseph ‘Super Joe’ Gibson to become the bad guy in the 2009 Bionic Commando reboot… which is a sequel of sorts to the Bionic Commando Rearmed remake. Which then got its own sequel Bionic Commando Rearmed 2 in 2011… which saw Super Joe return as Nathan Spencer’s commanding officer. 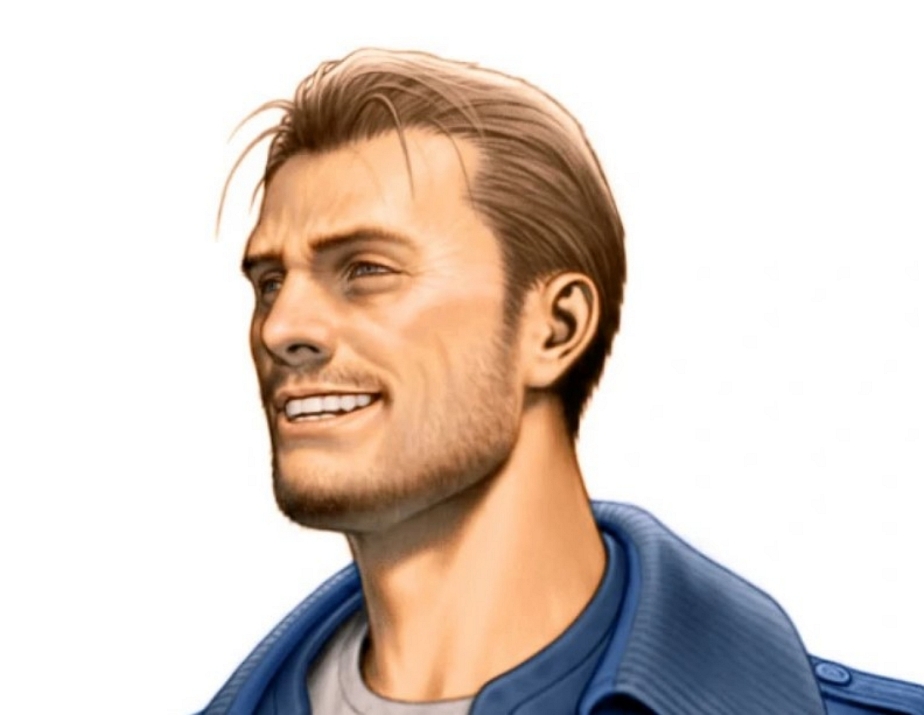 Now that is out of the way, I suppose I could tackle the whole Double Dragon/Nekketsu Kōha Kunio-kun/Renegade multiple franchise mess… after several months to recover from this whole Commando/Bionic Commando/Super Joe chaos.