If, like me, you have ever wondered what it would be like if you crossed Minecraft (particularly the resource gathering bit) with State of Decay (particularly the smashing zombies in the face and survival bits). Then just maybe developer and publisher 10tons Ltd. may have the game for you with (stylised) DYSMANTLE.

Yup, what we have here is yet another zombie apocalypse type game, a sub-genre that is, dare I say, a bit overused these days? Still, an overused scenario can occasionally make a good game with some great gameplay ideas and mechanics. So what is DYSMANTLE’S hook? Well, the boast is that you can destroy 99% of the objects in the game, you DYSMANTLE them. 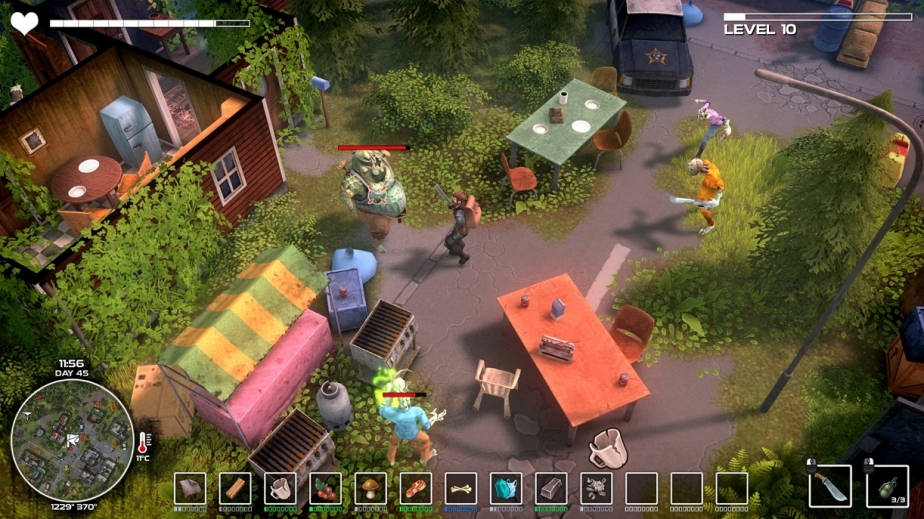 If you have ever played a resources gathering, crafting (and so on) game before, then DYSMANTLE really won’t surprise you with much. What you get is a very familiar title that offers some very similar gameplay. However, where this game really comes alive is with its progression system. You start with nothing but a crowbar and find yourself in a post-apocalyptic world, overrun by various nasty creatures. So you do what anybody with a crowbar would do, you smash the nearest crate. It explodes in a shower of debris that you pick up and use as raw materials to build and upgrade your items.

However, you can just go around smashing everything to bits from the off. You need to level up not just yourself but also your weapons. Explore the map, smack monsters in the face, destroy what you can to gain XP. Each time you level up, your stats increase and you get to select one from a choice of skills. You can upgrade your weapons and items, which will allow you to break up bigger parts of the scenery, bigger and harder to break stuff gives you harder to find materials and harder to find materials make better weapons and items. And that is the core gameplay of DYSMANTLE, slowly build your character and upgrade your weapons so you can destroy more of the map. Until you can, as the game boasts, destroy 99% of the objects in the game. 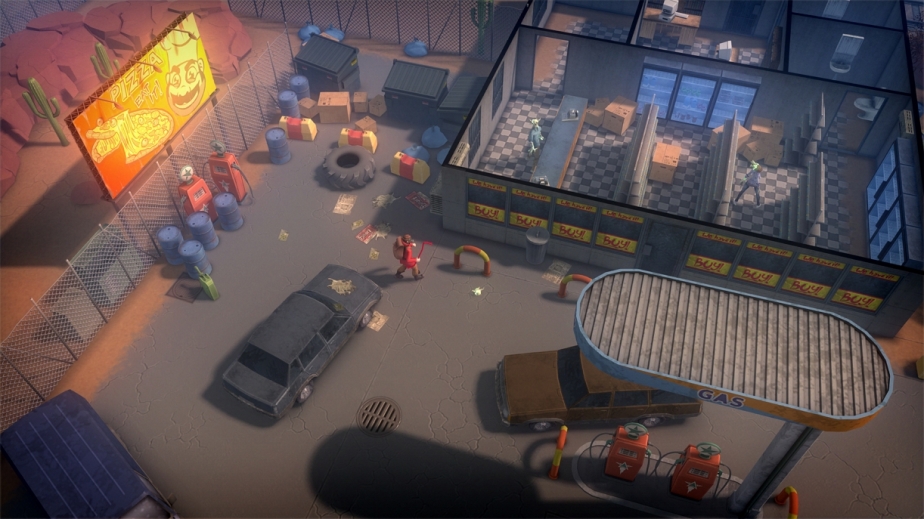 It’s not all about just smashing crap up though as there is an ongoing story where you try to escape the island you find yourself on, with plenty of missions and sub-missions. The map is pretty damn big with loads to see and explore. You can do a spot of farming to grow ingredients to make food via the cooking element of the game. Go fishing, explore underground tombs. Unravel the story behind several mysterious stone tablets and more. There really is a lot going on here to keep you busy for hours. I mean, I’ve put close to 20 hours into DYSMANTLE and I’m still not bored yet.

£16 – £18 (depending on format) is the damage DYSMANTLE will do to your pocket. Honestly, I really wasn’t expecting too much from this game at all. Yet, it enticed me and drew me into a world I really never wanted to leave. Levelling up my character and becoming more powerful so I could smash bigger things to find rarer materials is really a great and very clever way to keep you playing. There is a lot of grinding to do here, something that usually bores me to tears with other games. Yet here, I genuinely found the grind thoroughly enjoyable. DYSMANTLE may not be 100% unique, it may borrow several elements from numerous other titles. But what it does and how it does it just clicks together like multiple perfectly moulded pieces of LEGO. 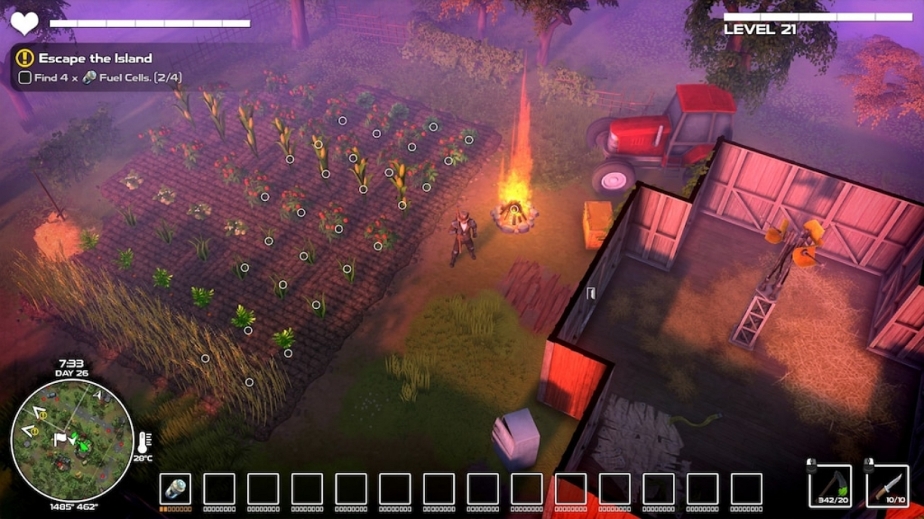 DYSMANTLE was a game I knew absolutely nothing about and didn’t even know it existed. I saw a trailer, I thought it could make a decent review and put in a request for a review code. I really was expecting nothing much, but what I got was one of the most surprising and well-crafted indie games I have played this year. Get this one on your ‘to play’ list and enjoy one of the best survival-crafting games around right now. It is available on everything too, so you have no excuse.