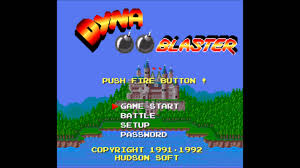 Little Bit of History: Developed by Hudson Soft and released in 1990, this was a reboot of original 1983 game of the same name. Originally released for the PC Engine/TurboGrafx-16 as Bomberman before being ported to MS-DOS, Amiga and Atari ST re-titled as Dyna Blaster in 1991. A Commodore 64 version was planned and even advertised but it was never released.

Little Bit of Plot/Story: The single player mode had a simple story. You play as White Bomberman (yes that is the character’s name) who has to make his bomb his way through eight worlds until he reaches a castle. There he must make his way up to the top floor where Black Bomberman is holding the kidnapped daughter of the inventor who created the Bombermen.

Little Bit of Character: Not much to cover here. There is White and Black Bomberman a handful of enemies and that’s about it. 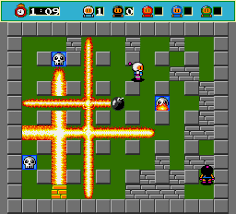 Little Bit of Influence: This was not the first game in the franchise, as previously mentioned this was a reboot to the 1983 original. But this version was the game that kicked off the success the franchise would find with multiple sequels and spin off games that are still being released today. The franchise also spawned an Anime called; Bomberman Jetters, a toy line and even a short series of Club Nintendo comics.

Little Bit of Memories: I recall playing this game on the Amiga for its excellent multiplayer mode where four friends could bomb each other. The single player was pretty redundant to be honest, but the multiplayer mode was where all the fun was at. Then my friend Paul got the SNES port and a Multitap so four people could play at once and this was where the real fun began. A simple but fiercely competitive game that could break up friendships and families faster than a game of Monopoly. Fighting to get those bomb & explosion power ups, trying to trap your opponent in the corner, etc. Fast and frantic gameplay that though simple, kept us coming back for more.

Little Bit of Playability: This is still a great title to play now and there are literally dozens of versions to try out. I would definitely recommend the SNES port; Super Bomberman and its sequels. There are even more recent updates like; Bomberman Live, Bomberman Blast, Bomberman Ultra or Bomberman Live: Battlefest. There have been numerous Bomberman games released on pretty much every popular format, even iOS and Android as recent as this year. 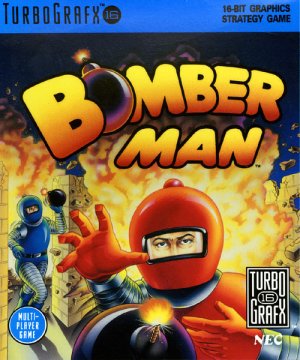