What a shitty few days eh?
On Sunday, we lost a musical genius and true artist with David Bowie. Now one of the most amazing and talented actors to ever grace the screen or tread the boards has now gone too.

Strangely enough they have both died at the age of 69 and both from cancer too. 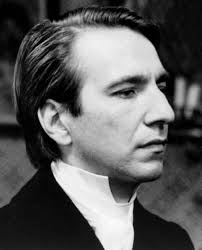 Alan was born Alan Sidney Patrick Rickman on 21 February 1946.
He was a member of the Royal Shakespeare Company and got his first acting role in a TV movie of Romeo & Juliet in 1978 playing Tybalt. His big break came with his role as the Vicomte de Valmont in the stage production of Les Liaisons Dangereuses in 1985, for which he was nominated for a Tony Award. His stage performances include The Seagull, Romeo and Juliet, A View from the Bridge, As You Like It and The Barchester Chronicles through the 70s and 80s.

It was during the late 80s when he moved to L.A to peruse a career in movies, and what a career he had.
His film roles include parts in Truly Madly Deeply, Robin Hood: Prince of Thieves, Sense and Sensibility. The TV movie Rasputin: Dark Servant of Destiny for which Alan won both a Golden Globe and an Emmy.
One of my favourite films; Dogma. He even showed his more playful and comedic talent in Galaxy Quest and even provided a voice for the animated sit-com, King Of The Hill.
Of course Alan also lent his amazing talent to the Harry Potter franchise playing Severus Snape.

As a well as featuring in the Tim Burton films; Sweeney Todd: The Demon Barber of Fleet Street and Alice in Wonderland as well as its upcoming sequel.

I have only touched on a few of this great actors performances over the years. 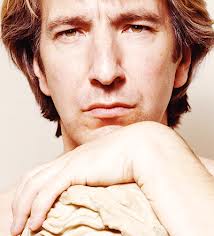 Rickman not only had an illustrious career as an actor but also a director on both the silver screen and also theatre.
In 2005, he directed the award-winning play; My Name is Rachel Corrie. He also directed two feature films; The Winter Guest (1997) and A Little Chaos (2014).

Rickman had one of those very distinctive and claiming voices. You could just close your eyes right now and hear him in your head can’t you?

Of his many, many roles, the one I will always remember him for is Hans Gruber from Die Hard. 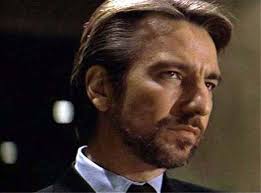 One of the best action/thrillers of the 80s. Based on the novel; Nothing Lasts Forever by Roderick Thorp. The film was the first starring role for the then relatively unknown Bruce Willis. Yet it was Rickman that stole the show playing Hans Gruber, leader of a “terrorist” group taking control of a skyscraper and holding 40 odd hostages.

Hans was slick, charming, charismatic…but also ruthless, deadly and sadistic. He could make you smile and just as easily put a bullet between your eyes too. A bad guy you really enjoyed watching and could even root for. Alan played the part perfectly and the character has left a lasting impression on a generation of film fans like myself.
Bruce was good, but this film would just not have worked as well as it did without Alan Rickman as the big bad.

He also landed this iconic and career defining role only two days after moving to L.A. to pursue a film career.

Alan Rickman was to acting what Elvis was to music. Did not matter what he was doing whether it be comedy, drama, romance, action, etc. He could do it all and always impressed each and every time.
He could even make an unbearable film enjoyable to watch just by being in it.

One of the best villainous actors of all time.
When Alan was good, he was great. But when he was bad he was even better.

Alan Rickman: “I do feel more myself in America. I can regress there, and they have roller-coaster parks.”

We have lost a legend. 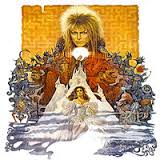 Little Bit of History: Released by Lucasfilm in 1986 and directed by Jim Henson with a screenplay by Monty Python’s Terry Jones. A magical mixture of music, dance, comedy, thrills and puppets. Labyrinth was the first film ever to feature a fully computer generated animal.

Little Bit of Plot/Story: 15 year old Sarah has to babysit for her younger brother, Toby. Frustrated by Toby’s constant crying, Sarah wishes for the goblins to take Toby away…and they do. Sarah must then enter the eponymous labyrinth and try to get to the castle in the middle to reclaim her brother from The Goblin King.

Little Bit of Character: Sarah (Jennifer Connelly) is joined by a cast of amazing and wonderful characters including; Hoggle, Ludo, Sir Didymus and his (sometimes) faithful dog Ambrosius. All topped off with Jareth-The Goblin King (David Bowie) and his impressive codpiece.

Little Bit of Influence: The film went on to inspire a manga sequel called; Return To Labyrinth. As well as a prequel graphic novel which is in the works announced by Archaia Studios. There was even a sequel film that almost made it to the big screen called; Curse of the Goblin King, but ultimately is was decided to take the film in a different direction and the film was reworked and relased as MirrorMask in 2005.

Little Bit of Memories: I don’t really recall the first time I saw this, but whenever it was, it made a lasting impression on me. It a film I have grown with and love more and more each time I see it.

Little Bit of Watchability: This has to be my favourite non-Muppets Jim Henson puppet film. I often watch some old films I loved as a kid and can never work out why I liked them. This film is one I find even more enjoyable now than I did (almost) 30 years ago. The story is simple but it really works. Sarah is a loveable heroine and the characters she meets are equally as enjoyable (must mention the little worm she meets near the beginning: “I’m just a worm. Say, come inside, and meet the missus.”). Brilliant cast of fun, outrageous characters all levelled out with the main villain, Jareth played perfectly by the recently gone David Bowie. 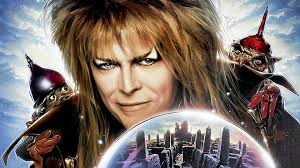 Jareth: “You remind me of the babe…” 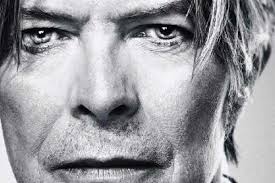 David Bowie: “I’m just an individual who doesn’t feel that I need to have somebody qualify my work in any particular way. I’m working for me.”

Thanks for the music and everything else over the years David.