I am, what you may call, an older gamer. I’ve been around a few years and seen my fair share of games and gaming studios over the years.

Back in 1988, I played a rather simple but pretty good arcade style shooter on the Amiga called Menace. Okay, it never blew me away but it was pretty decent none the less. The follow up, Blood Money was, and in my opinion, still is a fine shooter well worth playing today. It was around this time in 1989 when I really began to follow the team behind these 2 games. They were called DMA Design and I fast became a fan. Other top quality games followed like the impressively violent shooter, Walker. The sued by Pixar, Unirally and of course, they were the same team behind the greatest puzzle game ever made… Lemmings. 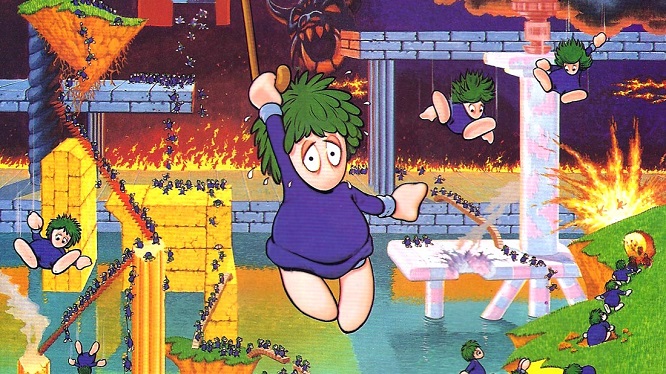 DMA Design were amazing in that late 80s – mid 90s period. But it was certain game they created in 1997 that literally changed the world of gaming forever. Grand Theft Auto. I don’t really need to go into detail over how DMA Design became Rockstar North and kickstarted the whole Rockstar Games empire… I already did that in my book, MICROBRITS, buy a copy now! But needless to say, Rockstar Games became one of the biggest and most popular gaming studios in the world and I’ve been a fan for decades, going right back to that game Menace from 88.

As a fan, as someone who has followed this company and loved their games for so long, it pains me to see what they have become in recent years. The staggering success of Grand Theft Auto V has been both a blessing and a curse for them. From my point of view, I think the cash cow that is GTA V had made the company lazy and complacent. Now before I get all the hate, hear me out. Let’s just look at their gaming output over a 5 year period…

I think you’ll agree that’s an impressive list of games and DLCs right there. In fact, I’d like to go on record as saying that the DLCs made for GTA IV and RDR are the finest pieces of DLC I have ever played and was more than happy to have paid for them, and I detest DLC in games. And that list doesn’t include ports and remasters, with the exception of Bully. And yes, they only published L.A. Noire and didn’t develop it, though some work was done by Rockstar given the troubles the developer, Team Bondi were having at the time.

Anyway, the point is that there isn’t a bad game in that list up there. Some arguably better than others sure, but an all outright bad game? Nope. Proof that even with a multi-game production run, Rockstar can do quality and quantity in equal measure. Even before those years, Rockstar continually made/published high quality games and released them frequently too. 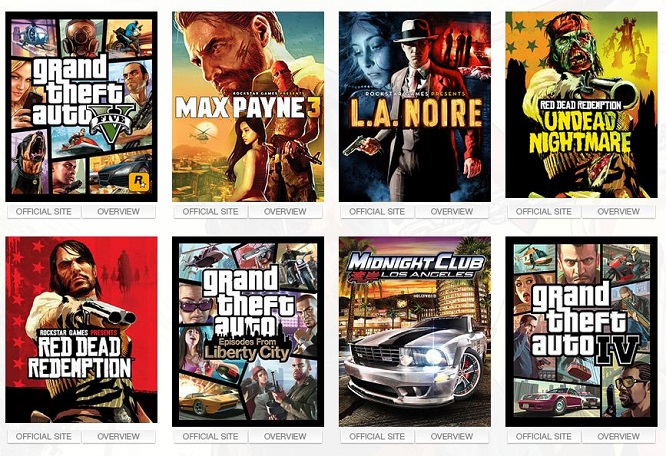 Okay so to be fair, they also re-released GTA V with a few new bells and whistles for the current generation. But just look at that drop off in production there. No impressive DLCs for GTA V (despite voice actors and Rockstar themselves claiming DLC was coming) and only 1 game?

Coming in 2014
Expect big things in both Grand Theft Auto Online and Grand Theft Auto V next year including:
GTA Online Heists. We know many of you in the GTA Online community are super excited for the debut of co-operative Heists. Heists are currently in development and we are working very hard to get them as polished and as fun as they can be. Stay tuned for much more detail in the New Year.
GTAV Story Mode Updates. For those ready to jump back into the story of Grand Theft Auto V, we have big plans for substantial additions in 2014 continuing Michael, Franklin and Trevor’s action, mayhem and unexpected adventures in Southern San Andreas.

Something is not right here. Yes I know games get more advanced and take longer to develop and produce, so I guess some kind of drop off is to be expected. But just look at those 2 lists again. That’s not “some drop off”, that’s a complete lack of production.

Now to be fair some of those studios listed up there are not dedicated development studios. Some work on localisations for the games, some work on ports, etc. But still, they have a lot of studios under the Rockstar Games umbrella. So with all of those resources, all of those talented staff… how do they go from 10+ games and DLCs between 2008 – 2013 to just 1 game and no DLCs between 2013 – 2018?

One such reason for the drop off in game production is the blessing and a curse that is GTA V that I previously touched upon. The fact that GTA V sold a staggering amount, the fact it went on to become the best selling piece of entertainment ever (making 1 billion dollars in it’s first three days alone), the fact that as of December 2019 GTA V has sold 120 million copies worldwide and still sells today… almost 7 years since it’s original release in 2013. The fact it continues to make a hell of a lot of money for Rockstar Games and their parent company Take-Two, both via sales and shark cards for the online portion of the game. Just the fact that 1 game has made so much money means they have rested on their laurels, it means they don’t have to make games to keep the company alive. All they have to do is keep updating GTA: Online with an overly expensive in-game new cars, a new hat every few months and idiots will continue to pay for shark cards and put money into Rockstar and Take-Two’s bank accounts as they have been for the last 7 years. Why would they spend money on expensive game production when they can just release a new update with a handful of new items and let the fans fork-out real world cash for in-game currency to buy said items making millions in profit each year from very little output? 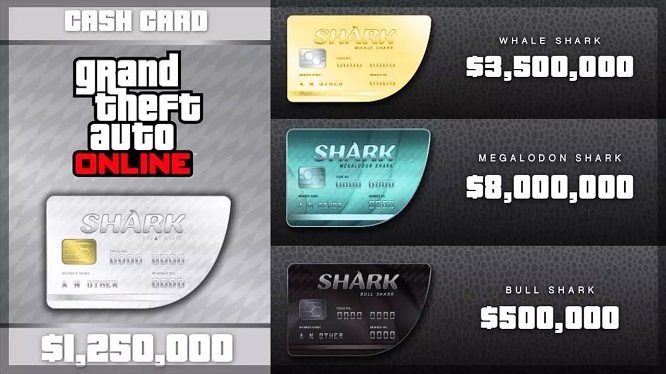 Then of course, I have to address the whole Leslie Benzies incident. I’ll not go into detail here, you can look it up for yourself, but suffice it to say that Leslie “leaving” Rockstar Games in 2016 has had an impact. For those who do not know, Leslie Benzies (for me) was the rock in Rockstar. He started out as a programmer in 1995 working on the DMA Design game Space Station Silicon Valley. In 1998, he was the one who put together the team that would create Grand Theft Auto III… to then go on to change the world of gaming from that point onward and help transform DMA Design into Rockstar North and then expand into Rockstar Games. Leslie became producer/development director/game designer for pretty much every Rockstar Games hit from that point on. He eventually became executive producer for the company. Then go read about all the troubles in developing Red Dead Redemption and how it was Leslie, as executive producer and lead designer who got the project under control and finished. For me RDR is the best game Rockstar have ever made, even it’s sequel (prequel) could not match it. My main problems with RDR II was that it was over produced and over bloated with a lot of filler… it was missing Leslie Benzies’ touch, his direction.

I don’t care what anyone else says, a Leslie Benzies-less Rockstar Games is a major downturn and has had an impact on their games and the company on the whole. 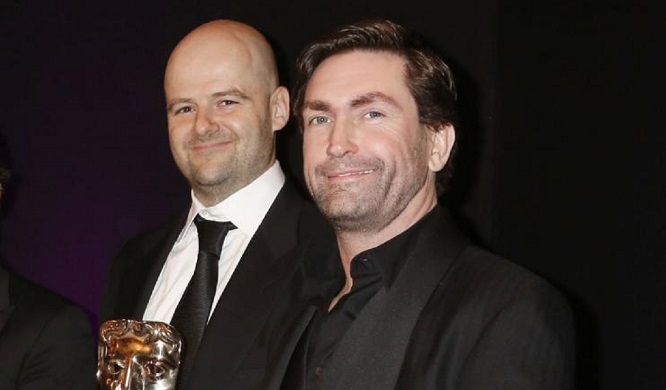 Which brings me bang up to date with the very soon departure of Dan Houser, who is set to leave Rockstar Games in March this year. Again, just a brief history on who Dan is/was. Along with his brother Sam, Dan Houser co-founded Rockstar Games. Dan has written/co-written pretty much every GTA game from GTA 2 onward as well as penning other games like Smuggler’s Run 2: Hostile Territory, Bully, Midnight Club: Los Angeles, Red Dead Redemption and it’s sequel (prequel). Dan has also been executive producer on many Rockstar titles. In short, Dan is/was a major player in Rockstar Games, the company and many of it’s games wouldn’t have existed without him. Even Take-Two’s share price dropped after the announcement that Dan was leaving. So with Dan’s soon approaching exit in a few weeks on top of Leslie’s departure, 2 of the main 3 at Rockstar are no more, leaving Sam Houser as the only original (main) member left… I wonder how long before he leaves too?

Now Take-Two have very recently put out a statement saying that Rockstar Games are stronger and better then ever (one of the founders and main writers is leaving… and things are better than ever? That’s unbelievably arrogant and disrespectful ) and that Sam has no intention of leaving. But let’s be honest, Take-Two are hardly going to put out a statement that Rockstar Games are in trouble and slowly sinking, of course they’re going to put on a brave face even if whatever is going in behind the scenes is seriously hitting the fan.

And that’s just the big boys at Rockstar who’ve left, what about the lower level staff, the ones in the front line doing all the work? We know several employees left with Leslie and setup a new studio. How many more have left since Leslie’s departure that we don’t know about and how many will leave when Dan finally goes?

Yeah I know, due to GTA V that Rockstar and Take-Two have made shit-loads of money and they have more than enough to keep afloat, but money isn’t everything. Just how much of a toll, from a creativity point of view, has milking GTA: Online (and now RDR: Online) had on the staff who crave to make new games? There’s got to be a point where staff members have had enough and want to do more than update a game over and over for 7 years, the morale and drive must be low. They must want to do what they want to do… make games, be creative again like they used to be pre-GTA V. Fans have been crying out for new Rockstar games for years now. As good (but flawed) as RDR II was… it’s still only 1 game and as covered, a huge drop off in production from before. If the talented staff at Rockstar Games hadn’t spent all that time and resources at continually making updates, adding new vehicles, clothing and game modes to GTA: Online, could they instead have made amazing DLCs like before and even new games like Bully II, GTA VI and even new IPs already? 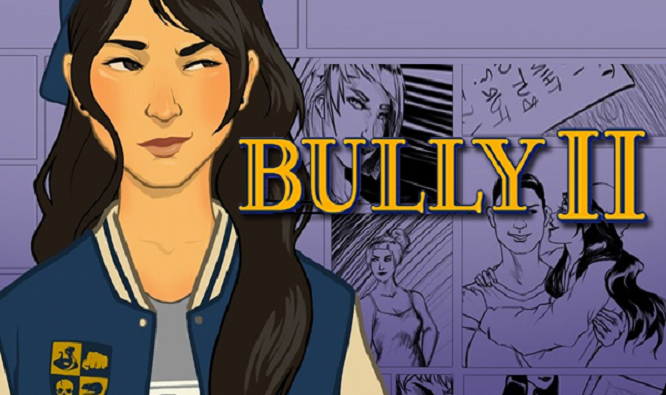 Rockstar Games are slowly dying, maybe not profit making wise, but creativity wise, most definitely so. The downturn of the company can be traced back to the success of GTA V and the absence of Leslie Benzies. Dan leaving soon is a far bigger blow than Take-Two are willing to admit (publicly anyway). Staff must be getting bored of not making games and readying themselves to leave if they haven’t already. We’ve seen this many, many times in the past too. A small game studio makes it big to the point where they become over inflated and burst. It’s happened a lot in the past and it will happen again.

I honestly think that Rockstar Games is slowly rotting away from the inside out. I truly believe this is the beginning of the end for the company. I’m not saying you’ll wake up tomorrow with the news that Take-Two have closed Rockstar down, this will be a gradual process as the company slowly dissolves away. Everyone waiting for GTA VI or Bully II had better not hold their breath. 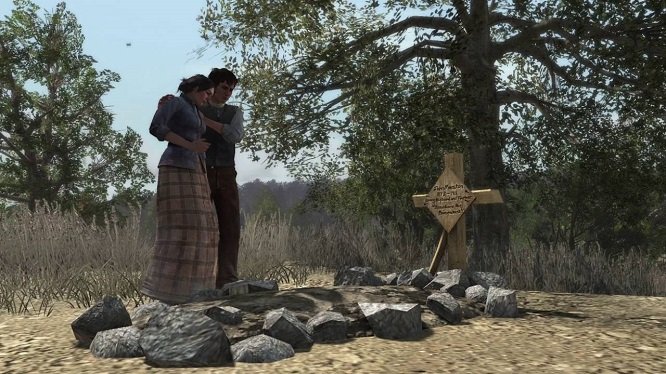