Wonderfully animated, striking art and beautiful scenery. While graphics/visuals are not the be-all and end-all of a game, I do think that they can lift a title up several levels. I mean, if you’re going to be looking at something for several hours, it does help if that something is nice to look at, right? Developed and published by Thunderful Games, Wavetale is certainly a great-looking title but how does it play?

“Explore an open sea and the decaying archipelago of Strandville in Wavetale, a story-driven action-adventure game introducing you to fed-up fishermen, secretive hermits – and maybe a pirate or two. Traverse calm waters and surging waves as Sigrid, a young girl who befriends a mysterious shadow that provides her with the power to walk on water.” 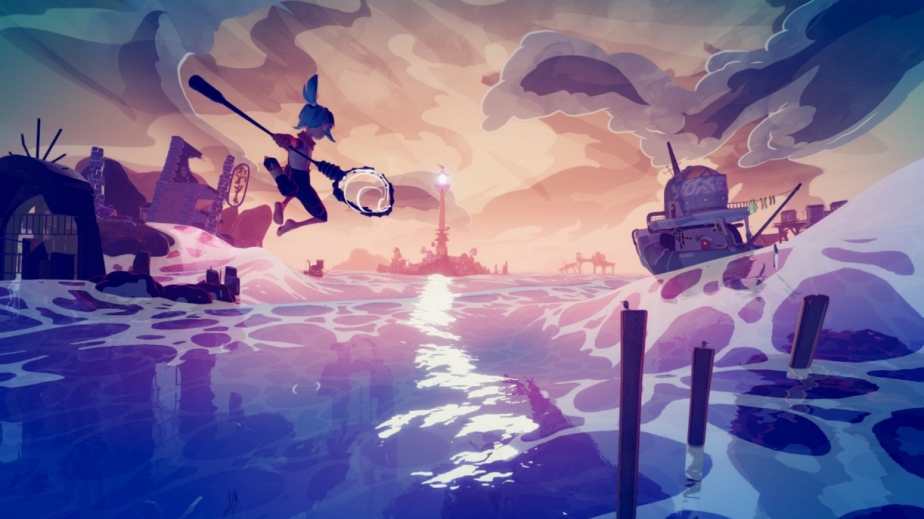 Originally released as a Stadia exclusive last year… and we all know how that whole Stadia thing turned out, eh? Now released on everything, Wavetale is as chilled and easygoing as it is exciting and action-packed. Action-adventure, platforming and even a bit of combat. The story here is nothing special, you play as Sigrid, a resident of the archipelago of Strandville. When a dark and foreboding fog engulfs the land, you set out to try and stop it. Throw in some secrets of the various inhabitants of the islands and you do have a rather cliché plot. Still, as sub-standard as it all sounds, Wavetale does a really great job of telling it and there are a few surprises to learn along the way.

You (as Sigrid) team up with your grandmother and have to collect sparks, these sparks can then be used to bring light to the darker areas of the archipelago to destroy the impleading doom. Being set in and around an archipelago means that there’s a lot of traversing over water. The main problem with that is that you don’t have a boat. Early in the game, you cross paths with a mysterious shadow figure in the water. Placing a foot down on the water’s surface, the shadowy figure does the same, your feet meet and from then on, you are connected. Sigrid is then free to (basically) skate over the waves with amazing grace and ease.

This is one of the aspects that makes Wavetale such a pleasure to play. The controls, movement and momentum are just perfect. Sigrid is very nimble and has a variety of moves to help her get around. Aside from gently skimming over the water, Sigrid can jump and double jump, dive under the water, glide through the air, grapple and more. There’s a real joy in navigating the world that you are in that is effortless and exciting. You’ll need those moves too as the little islands of the archipelago require some serious exploring. 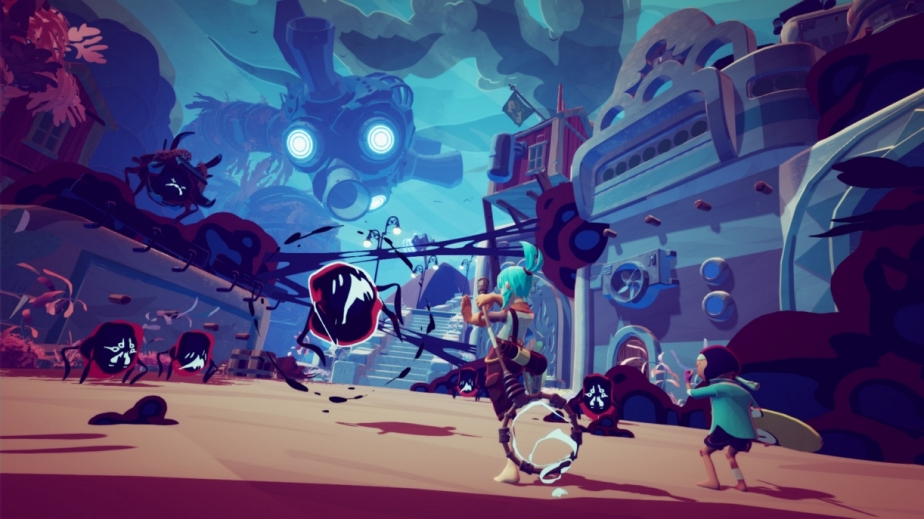 Kind of like a Tony Hawk’s game getting it on with a Zelda title, Wavetale is a charming action-adventure game with a really great and intuitive control scheme. The combat is basic but works well enough. Then, everything is tied together with a story that is a tad cliché but still told well. £25 is how much Wavetale is going to cost and you’re looking at around 4-5 hours before you see the end credits. Maybe a tad longer if you want to mop up all the side quests and such. What you get here is a very serene and calming title, but still with plenty of action to boot. Controlling Sigrid over the water and on the islands is wonderful and a major highlight. Sometimes, I forgot about the main plot and just went exploring, enjoying skating over the water, ‘grinding’ along platforms and clambering up towers. Wavetale is charming and very playable from start to finish. Very attractive on the eyes too.