Little Bit of History: Originally released on May 22, 1980 (today’s his 35th Birthday) by Namco. Pac-Man (originally called Puck-Man) was created by Tōru Iwatani based on a pizza with a slice missing. Pac-Man is one of gamings all-time great and most iconic characters. This game featured some very early AI programming in the form of the ghost enemies who were programmed to act differently. The original arcade version is part of the collection of the Smithsonian Institution in Washington.

Little Bit of Plot/Story: No real plot. You control Pac-Man around mazes having to eat up all the smaller pellets and power pills to clear the maze while avoiding ghosts.

Little Bit of Character: Joining the titular Pac-Man in the game were the just as famous ghosts; Blinky was the red ghost and was the chaser following Pac-Man’s every move. Pinky was the…well pink one and designed to be an ambusher. Inky was cyan in colour and would try to get in front of Pac-Man. While Clyde the orange one was programmed to act quite randomly.

Little Bit of Influence: Pac-Man went on to spawn a long running franchise in games. But also have 2 animated TV shows, a hit single. Pac-Man would even appear in TV and films, plus he had his own themed area at Six Flags Over Texas. But Pac-Man also spawned many clones and for both arcade and home formats.

Little Bit of Memories: That intro music just before you start as well as that little ditty as Pac-Man dies is burnt into my memory forever. I recall this being one of my most loved childhood games and still is today. I also remember those cutscenes that were often very humorous.

Little Bit of Playability: For me, this is still one of the most playable games today. Its simplicity is a huge part of it’s attraction and I have Pac-Man Museum installed on my Xbox 360. I could see modern gamers not really enjoying the game though, but I would recommend trying; Pac-Man Championship Edition DX, which is a stunning remake and offers a lot of gameplay and variety. 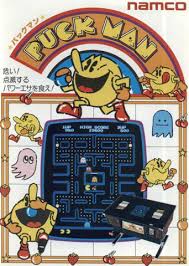 This is just one part of my Pac-Man Birthday celebrations. Please feel free to read my Pac-Man Bio and even multi-part retrospective at every official Pac-Man game in the franchise.