Yes I know I’m a little bit late on this, but I’ve been busy with other writing projects. Still, I had to make time to remember Honor Blackman.

Honor Blackman was born on the 22nd of August, 1925. When Honor turned 15, her parents paid for acting lessons for her at the Guildhall School of Music and Drama. While holding down a clerical assistant job and following her graduation from acting school, Honor appeared in a few stage plays in small roles. Hungry for more, she began seeking out a career in acting.

Her film acting career started when she appeared as Emma in the 1947 film, Fame Is the Spur, in a minor, non-speaking uncredited role. But it was the 60s when Honor’s film career really took off. A very memorable performance as the Greek goddess of women, Hera in the classic Jason and the Argonauts from 1963 got her noticed and she began to land more roles in both TV and the movies. In 1968, she starred in the western flick Shalako, alongside Sean Connery… not for the first time.

Honor also went on to find TV fame with The Avengers. Bowler hat and umbrella used as a sword The Avengers not Iron Man punching Thanos in the face The Avengers. A show where Honor played Cathy Gale, the first female partner of slick British spy, John Steed. Of course one can’t talk about Honor and The Avengers without mentioning…

Honor also appeared in the greatest TV show of all time Columbo, alongside the legend that was Peter Falk in the Dagger of the Mind episode. Other TV roles include Dr Who, Minder on the Orient Express, a spin-off from the British TV show Minder, Casualty and perhaps her most famous TV role (that wasn’t The Avengers), The Upper Hand. The British version of the popular US sit-com, Who’s the Boss?

Honor Blackman’s acting career continued through the 80s and 90s and even into the 2000s. 2001’s Bridget Jones’s Diary featured Honor Blackman and she also appeared in the comedy/zombie flick Cockneys vs Zombies in 2012. Her screen acting career spanned eight decades.

Of course, I’ve saved the best for last. Honor Blackman was my all time favourite Bond girl in the quintessential James Bond flick, Goldfinger (1964). There’s just something(s) about this particular Bond film that make it a classic. 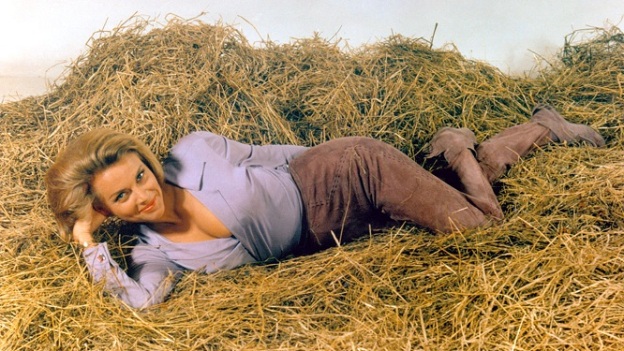 You have the best actor playing James Bond with Sean Connery, then you have Bond iconography such as the Aston Martin DB5 with all it’s gadgets which has gone down in cinematic history. There’s the greatest Bond song of all time sung by Shirley Bassey and then there’s the bad guy, Goldfinger himself with that immortal comeback line…

That sultry smile as Bond wakes up, those deep blue eyes and of course, that raspy voice. Honor was amazing in Goldfinger and more than held her own against Sean Connery. 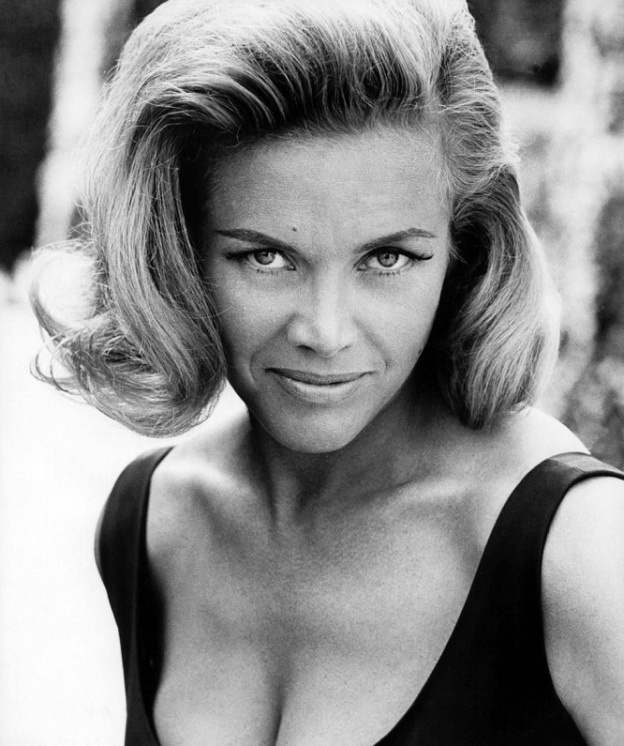