Just before I get into this, yes I did write the first draft of this review and continually refer to it as Road 69. Anyway, from developer DigixArt and publisher Ravenscourt Games, comes Road 96 (double-checks the number). A story-driven adventure game with a bit of a twist.

Summer 1996, Today is the day! You hit the road. Adventure. Freedom. Escape. Run. Flee the Regime. Try to survive.

On this risky road trip to the border, you’ll meet incredible characters, and discover their intertwined stories and secrets in an ever-evolving adventure. But every mile opens up a choice to make. Your decisions will change your adventure, change the people you meet, maybe even change the world.

There are thousands of roads across the authoritarian nation of Petria.
Which one will you take?

Road 96 is a hard game to describe. A procedurally generated, Rouge-lite, adventure game is perhaps the best way to cover what this title is… yet that still feels rather ‘lacking’ and slightly unjust. Take something like those Telltale Games adventure titles, sprinkle a little Life Is Strange on top but then mix it with a road movie and a helping of 90s ‘member berries’ and references.

Set in the summer of 1996. You play as a teenager (well several) trying to make it across the border during a time of political upheaval, in an attempt to escape to a better life. Now, that is just the bare basics of the story as there is much more going on that I’m not going to spoil here.

How the game works is that you are continually moving forwards, always heading to the border. How you make your travels offers up a few options. You can use a bus, a taxi, hitchhike and even just walk. When you travel, you will use up some of your energy with different travel methods using different amounts of energy. When you use up all your energy, that journey is over and you have to start again with a different character. The idea is to take all of the teens over the border. This is where the whole Rogue-lite element comes into play as you can view each of the characters that you control as being its own run within a much bigger story. 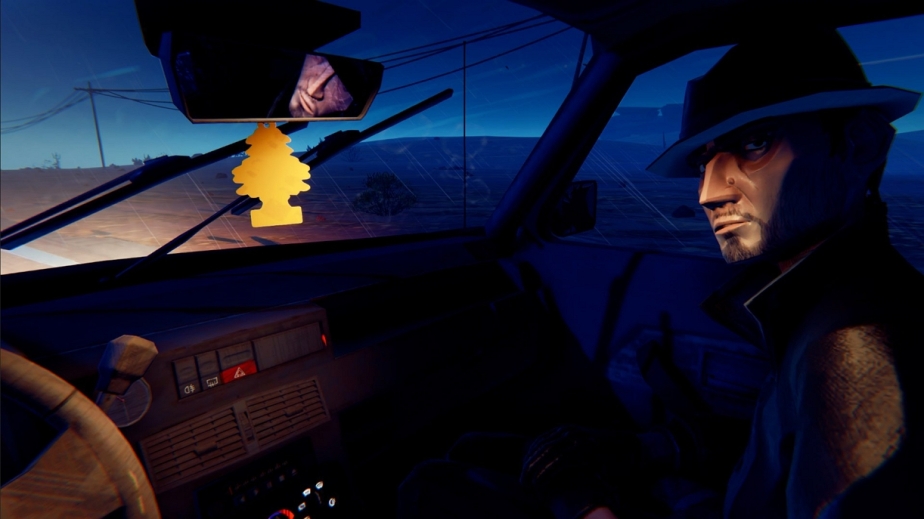 Like any good Rogue-lite, you can unlock permanent upgrades that will help you out on future runs too. Learn how to pick locks, hack electronics and more. These unlockable skills open up new ways to interact and explore the world you are in. Anyway, between your travels towards the border, you’ll get a randomly generated event to play. Maybe you’ll find yourself at a trailer park, stopped and questioned by the police, picked up by some strange bikers and a great many other scenarios. Along the way, you will meet a wide variety of characters and the decisions that you make will impact how the story pans out. This is where the whole Telltale Games adventure titles and Life Is Strange angle comes from. You will meet these characters multiple times as you progress through your journey via the different teens you play as and slowly learn more and more about them with each playable vignette.

The intertwining story that you (kind of) direct through playing as these fleeing teens is really quite impressive and the more you cross paths with the NPCs, the more they reveal about themselves. That is on top of the ‘main’ other story that is going on about political oppression, distrust, conspiracy theories  and all that. Quite honestly, in terms of the writing alone, Road 96 really is very impressive… even if the structure of the story can be a bit ‘broken’ at times.

The randomly generated events offer a lot of variation too. Maybe you’ll be playing some air hockey in an arcade, cross paths with a possible killer, tear through traffic in a car chase or play some football with a trucker. You never really know what is going to happen until it happens and Road 96 has the power to continually surprise you, even if you’ve already poured several hours into it. All the while, you need to manage your energy bar to keep going and get to the border. You’ll need to eat and sleep but that usually costs money and money is not so easy to come by. If you are starving, maybe you can find some rotten food, go dumpster diving or even just outright steal. You just need to keep that energy level topped up before you move on. Of course, if you can get your hands on some money, then keeping that energy bar high is so much easier.

The visuals here are a big old mix bag too. Sometimes, I couldn’t help but admire the graphics and the stylised art the devs went for. For instance, when you get to the end of a journey and you are up in the mountains, there really are some beautiful vistas. But then, there’s also a very rough ‘jankyness’ to things at the same time. Like when you are in a vehicle and you notice some massive pop-up as trees seem to self-inflate on the horizon and more. Some of the character animations during conversations can also be jarring and have the feel of a PlayStation game circa… well 1996.

Around £16 is what Road 96 will cost you. For me personally, it is a very hit and miss game. This being procedurally generated means that sometimes, some of the story elements don’t match up. In fact, a lot of the time they outright contradict each other and create some very large plot holes. I don’t want to spoil here, so I need to be vague. But I had more than one instance, when a run ended with one of the teens and the next one began, I noticed several instances where something was explicitly made clear at the end of one run. But when the next run started, that explicit detail was retconned to the exact opposite event happening.

The procedurally generated mechanic works well for other genres like platformers and shooters. In these instances, the level layouts and enemy placements change, while the story is unaffected. But for a story-driven adventure game with an evolving narrative? It just felt ‘off’ to me. By the time you get to the halfway point, you can and will get quite a lot of repetition due to the randomly generated nature of the scenarios. I mean, there are only a finite amount of random encounters in the game, so over the course of your playtime, you will do the same thing more than once. I had several instances where I played the same scenario in fairly quick succession, particularly as I got closer to the end of the game. When you’ve got several teens over the border, the game can begin to feel very Groundhog Day. Things like this do break the immersion of Road 96 and serve as a big reminder that you are still playing a game, no matter how invested you become.

Then there was the selection mechanic during conversations. If a character is moving, then the options move with them. The faster they move, the more erratic the options move too. This is really infuriating during some of the scenes. As an example, I had a character running away from me but I had to select conversation options as I was running after them. So, because they were running, the options were jiggling up and down. At the same time, I was running and so the reticle to select an option was also jiggling up and down. So there I was trying to line up continually moving conversation options with a continually moving reticle, as both jumped up and down out of sync. It really can be a pain in the arse at times. Why they couldn’t just keep the conversation options static, I have no idea.

However, when Road 96 works, it really works damn well. There is a lot to see and do here and your story will be different to mine and different to the next person who plays. This is down to the number of variables here. Not only do your decisions change the flow of the story (à la a Telltale adventure game) but the procedural generation of the events mixes things up even more so. Really, you could play through Road 96 multiple times and experience something different every time. There are loads of mini-games to play around with, conversations will change depending on the choices you make. The skills you unlock open up new options. You’ll learn more and more about the NPCs you cross paths with during each run. So yeah, you can get a very different experience each time you play. 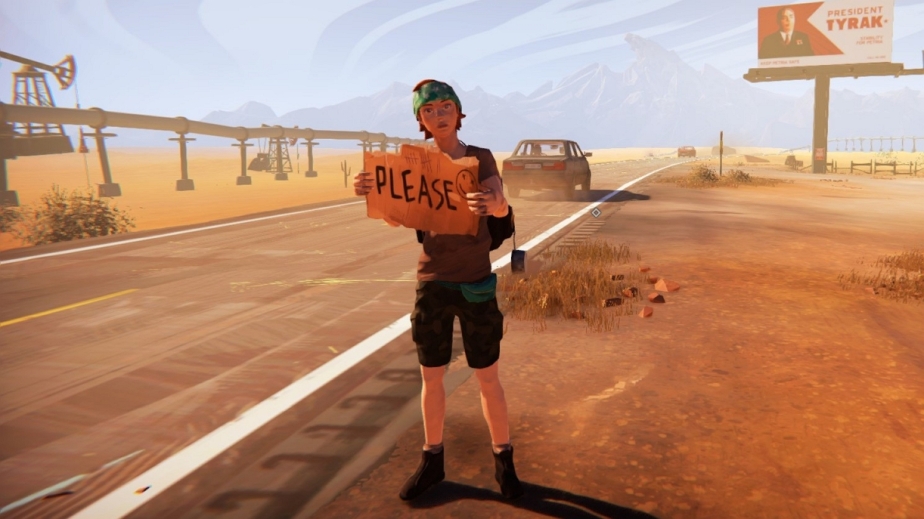 For me though, once I reached the end credits, I didn’t feel the pull to go back into the game and play again. I just felt that Road 96 is an utterly fantastic idea… just a bit too unpolished and rough around the edges for me to enjoy as much as I would’ve liked. I still give this one a recommendation, despite my personal issues with it. If you’re looking for a new and interesting take on the adventure game, then get Road 96 in your game’s library. There’s also a great 90s styled soundtrack (no big licensed bands here) with cassette tapes of songs to find as you continue with your journey. Available for everything right now and that (around) £16 is very much justified.