So the review embargo for Avengers: Infinity War ends very soon, in fact – by the time I write and publish this, the first reviews will most probably be all over the interwebs some complete with spoilers. Anyway, I’m a member of several movie groups over on that there data stealing Facebook and everyone has agreed to not spoil the film until next week. To me a week sounds a little soon. But when is it acceptable to spoil a film?

The reason I’m asking this question is because LEGO launched a toy line tie-in for Avengers: Infinity War a while back and it has been said that the images released of the LEGO toys reveal a pretty huge spoiler from the movie. Now I’ve not actually really looked into this myself because…I’m really not that hyped for the movie to be honest. But the whole thing has me questioning when is it okay to spoil a movie? Regular readers will often notice that I always post spoiler warnings even if the film/game I’m covering is years or decades old. I do this because I personally don’t think its ever okay to spoil a movie no matter how old it is. My line of thinking is that there isn’t a person on the planet that has seen every film ever made, so their enjoyment for the movie can be spoilt for something that is forty years old just as much as for a film that is a week old.

There is a train of thought by some people who say that “if you haven’t seen the film by now then you deserve to have it spoilt.” As if waiting to watch a film is a bad thing and you should be punished for doing so. I mean, I had The Usual Suspects spoilt for me by someone who thought I should know the ending just because I had not yet seen the film three years after its release. Some say its pretty much impossible to avoid spoilers in this day and age what with the interwebs and blogs such as this one…and I strongly disagree. I find it easy to avoid spoilers, you just don’t read the articles or reviews. But there are times when other things spoil the movie even if you are not fully aware of it at the time. Much like the previous LEGO spoilers for Avengers: Infinity War thing I alluded to, I’m now going to take a look at other ways movies have been spoiled ‘unintentionally’ from other sources.

So here we go and be warned SPOILERS ahead…

So the film was terrible, but several months before the release of the film and Warner Bros were doing their best to keep many of the films secrets…well a secret. Of course anyone with an IQ over 2 knew Superman would be in the film but at the time the main villain was kept under wraps. That was until LEGO (again) released the following play-set.

Yup there’s Superman as everyone expected but so its the main villain of Steppenwolf (who at the time had not been revealed) plus the set also shows the Batmobile Airlift that would be Batman’s choice of vehicle to fight against Steppenwolf too. So a trio of spoilers in one handy play-set thanks to LEGO.

Oz the Great and Powerful

So part of the mystery of this flick was that of the three witches, Glinda (Michelle Williams), Theodora (Mila Kunis), and Evanora (Rachel Weisz) one of them could and would turn evil in the events of the film (obviously hoping that no one saw the original film). So much so that Disney even launched a “Which Witch Is Which?” marketing campaign to hype the movie. They even hinted that “Good Witch” Glenda could turn evil. It was a fun bit of marketing that Disney used to keep people guessing who the evil witch would be… 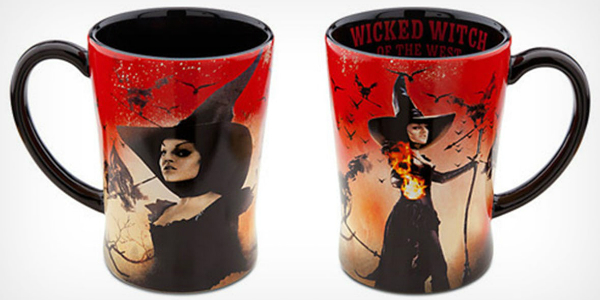 So why did Disney okay the sale of this mug that clearly shows Theodora as the Wicked Witch months before the release of the film? Doesn’t that kind of destroy their whole marketing campaign of trying to keep people guessing Which Witch Is Which?

This was the big hit of 1999. A massively overrated thriller written and directed by the master of obvious twists M. Night Shamalamadingdong. The hype for this film was crazy with an extremely strong marketing campaign that revolved around a kid that “sees dead people”. Honestly that line was everywhere, in the trailers, TV spots and it was even one of the taglines for the film itself. Yeah we get it, the kid sees dead people. 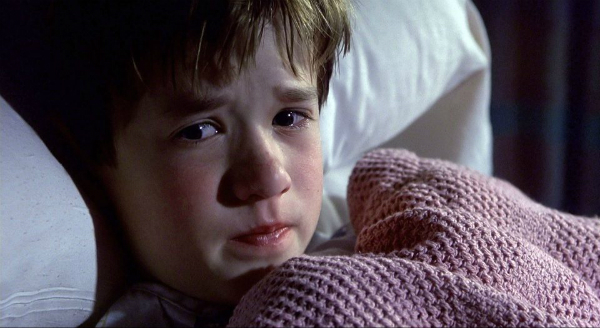 Cut to the start of the film and its main character is shot in the opening few minutes. Do you really need anyone to walk you through this one? I remember watching this for the first time and while everyone was talking abut the “amazing twist”, I would just sit there scratching my head…what twist? The film is about a kid who sees dead people and the main character is shot in the opening. So what was the twist? The marketing campaign ruined what was supposed to be the big twist of this one.

Quite a few trailers ruin films these days by giving away the ending. Hell, this ain’t nothing new, it was going on over forty years ago too. This Brian De Palma directed classic based on the Stephen King novel was and still is awesome. Just a shame the original trailer ruined the whole damn film.

Every single major scene from the film is shown in the trailer. Form the early use of Carrie’s powers to the pig blood soaked high school prom revenge finale. They even show the demise of the main villains when Carrie flips their car and causes it to explode. Everything is spoiled in the trailer except for that final jump scare. Seriously, watch the original trailer as it really is the entire film in just over two minutes.

You know its not only trailers that spoil films, the posters can too. This one is an utterly brilliant thriller with a mesmerizing twist that will leave you breathless. Well that is if you didn’t pay close attention to the poster for the film first… 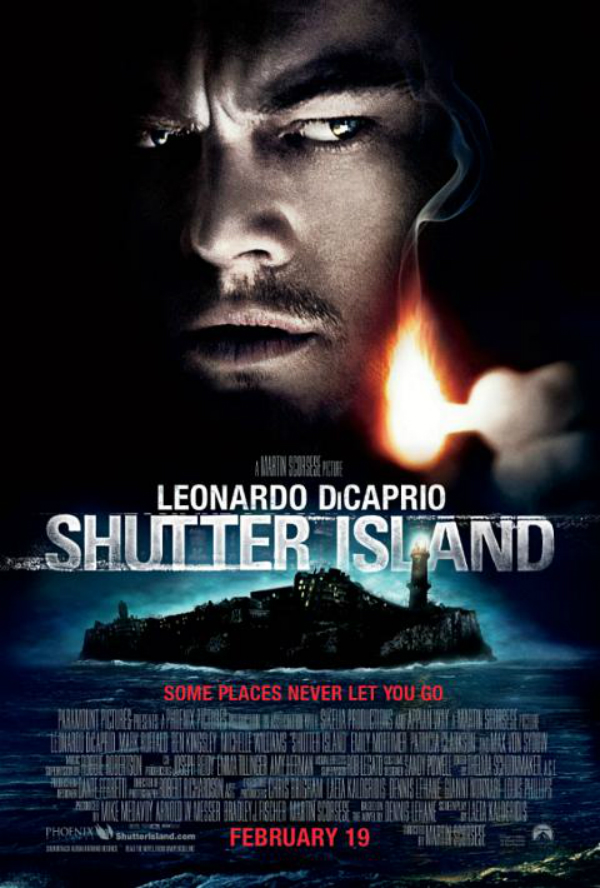 I admit that its not all that obvious at first glance but that tagline right there, that “Some places never let you go” gives away the twist ending. I’ll say no more…

Planet of the Apes

Even DVD covers can spoil movies especially for a half century old film. The original Planet of the Apes is an all time classic with one of the most jaw dropping and iconic endings ever caught on film. The original release kept this one under wraps really well too, a courtesy not extended to its home release.

“You Maniacs! You spoiled it! Ah, damn you! God damn you all to hell!”. Yeah lets just give away one of the greatest endings ever right there on the cover. No need to watch the film when you can just look at the cover.

See in my humble opinion, there is no time limit on spoilers and its never okay to just blurt out something that could ruin someone else’s enjoyment. Whether it be a toy line, trailer, poster or some idiot telling you the ending to The Usual Suspects just because you haven’t seen the film yet (yes I’m still bitter). Let people discover the films and their surprises themselves no matter if the film is a new release or decades old.