Its recently been announced that they are remaking the Bruce Lee classic Enter the Dragon.

Well I never expected that news but as a huge Bruce Lee fan (my middle name is Lee named after him) I was brought up on his movies, I’ve read countless books about the man and watched just as many documentaries. I love me a bit of Brucie so you’d think I’d be upset about a remake of one of my favorite films of his. I’m not.

Just as a quick aside. The Enter the Dragon remake is getting some backlash over the fact they have hired a white American to direct the film in David Leitch. Errrr, the original was directed by the white American Robert Clouse, produced by white Americans Fred Weintraub and Paul Heller and written by white American Micheal Allin. Worked then didn’t it? Point is, why does the colour of a person’s skin or their race matter? Shouldn’t it be about hiring the best person for the job regardless of their race?

Back to the main point…the talk of remaking Enter the Dragon got me thinking about a similar subject, the much troubled remake of The Crow.

Yes I know there will be a certain group of people who will instantly take a disliking to any talk of a remake of The Crow. But hey, I’m not one of them and this is my blog – so tough. You want to rant and rave against it, set up your own blog.

I honestly think that, if done right a remake of The Crow could be amazing. But before I offer my idea, a quick history on the numerous troubles in getting The Crow remade…okay so before my idea and before the troubled history – maybe a quick mention of exactly what The Crow is and why some people are against it. 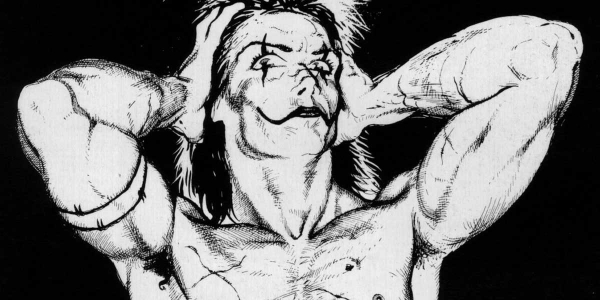 Originally written in the form of a comic book series and published in 1989, The Crow was born from the bitterness and anger of writer/artist James O’Barr who lost his girlfriend at the hands of a drunk driver. The Crow is a bloody and violent revenge tale with a hell of a lot of heart and emotion. Telling the story of Eric and his girlfriend Shelly, who one night are attacked. Eric is put in hospital fighting for his life while Shelly is killed outright. Eric holds on to life while a mysterious crow tells him to let go. Eric eventually dies but is brought back by the crow. Eric now possess supernatural powers such as invulnerability which he uses to extract revenge on those that killed both him and Shelly.

It’s a dark and moody story with a lot of rough edges and a little uneven in places for sure, but its also a brilliant and utterly enthralling story and well worth reading if you can find a copy. 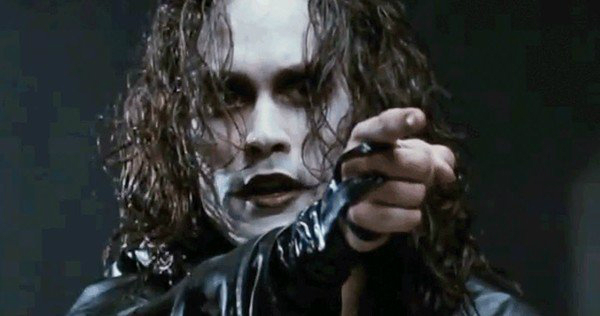 In 1994, a film adaption was released after the death of its star Brandon Lee who was accidentally shot on set while filming in 93. Director Alex Proyas was so upset by Lee’s death that he felt he couldn’t continue with the film despite the fact that Lee had already finished pretty much all of his work and his death occurred with only three days left of the film shoot. The film sat on the shelf for several months and it looked like it would never be released, until Linda Lee (Brandon’s mother) stepped in an urged Proyas to finish the film out of respect for her son.

The Crow was released in 94 and became a huge cult hit and made a star of Brandon Lee.

It is the death of Brandon Lee while making The Crow why many people feel it should never be remade. I’m not one of them. Look, I loved the movie back in the day – but quite honestly, it hasn’t really held up well. A film I once loved back in the 90s just feels very off after I read the comic books it was based on. The 94 film is a bastardised, diluted film that lacks so much of what made the source material so damn good. I don’t “hate” the film version at all and can quite happily sit down to watch it – but it’s just lacking in so many ways, it feels so weak after reading the comic books. And as controversial as it may seem, no film or character is bigger than any actor… alive or not.

Getting upset over a remake of The Crow due to the death of Lee is like boycotting any and everything involving the character of the Joker due to the death of Heath Ledger. Times change, new ideas need to be explored and above everything else – no matter if The Crow remake eventually happens or not… the 94 film will always be there. Nothing any remake does or does not do can ever take anything away from the film Brandon Lee died for while making. If the remake does happen and whether its the best film ever made or a big piece of shit, the 94 film will still be the exact same film it was before. Nothing changes, so just calm down folks.

So the idea of remaking The Crow has been around for quite a while, as far back as 2008 in fact. Originally Blade director Stephen Norrington was in the main man for the job until he left the project and director Juan Carlos Fresnadillo of 28 Weeks Later fame stepped in around 2011. There were talks of having Bradley Cooper play the main role too as this early concept art shows.

The film was moving along nicely but a few legal matters between the production company of the remake, Relativity Media and creator of The Crow James O’Barr that had not been fully sorted out surfaced. This eventually put the project on hold and led to scheduling conflicts with Cooper who then had to drop out. Producers needed a new lead and looked at Mark Wahlberg, Channing Tatum, Ryan Gosling and James McAvoy as possible replacements. Around this time, director Fresnadillo also left the project. So they were back at square one.

This was when the then unknown Spanish director Francisco Javier Gutiérrez became attached. New actors were considered including Tom Hiddleston, Alexander Skarsgård, and finally, Luke Evans. The film even got to a point where Evans was officially announced to star and the remake was once more going ahead around 2015. Not too long after the announcement though and Evans dropped out to be replaced with Jack Huston…who also dropped out soon after being announced as lead actor. New actors were being suggested with both Nicholas Hoult and Jack O’Connell but director Gutiérrez eventually left. Yes, back at square one… again. 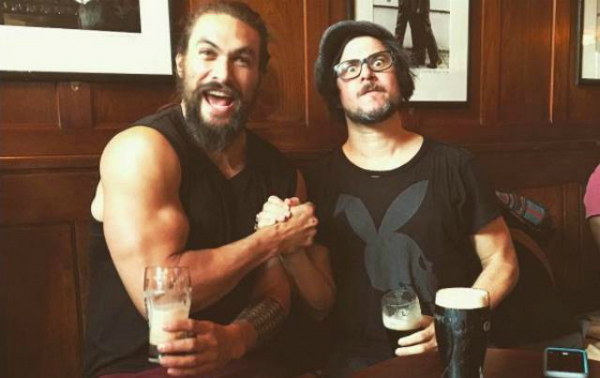 Enter English director Corin Hardy who relished the idea of remaking The Crow and began working on the film in 2015. However, Relativity Media who were set to produce the film filed for bankruptcy, so Hardy left. Still, Relativity Media carried on with the project despite their money troubles and Hardy unexpectedly returned to the film with Game of Thrones and Aquaman actor Jason Momoa signing to play the lead. It seemed a little strange that a studio filing for bankruptcy were still trying to get a big budget film  made and in 2016 Davis Films, Highland Film Group, and Electric Shadow banded together and bought the rights to the film from Relativity Media. Both Hardy and Momoa stayed on board and in 2017 Sony agreed to distribute the film. Things were looking good once more and the remake was going full steam ahead. Production was set to begin in early 2018 in Budapest. This was the furthest the remake had ever gotten. There were even start dates announced for filming.

Yet around May of this year and it all fell apart… again. Even though Sony announced an 11th of October, 2019 release date, both director Hardy and lead actor Momoa left the project. Which all brings us up to date with this decade long attempt to remake The Crow. Once more, the remake is back at square one. And its a damn shame too as it had been said that James O’Barr was fully on board with this remake and aimed to make it a much more faithful adaption of his original source material… which is exactly what I’m so hungry to see.

I fucking love the original The Crow comics and as I said earlier, I feel they are far more powerful and with more depth than the 94 film version which I think is massively diluted over its source material. I have a far simpler and I think much better idea for the remake than any of the attempts over the last ten years too. Just take the comic books and animate them.

Same art style, same characters, same plot. Use the comics as storyboards and bring the whole thing to life via animation. I’ll even allow some creative license with the material to a point. Much like Robert Rodriguez did when he made Sin City. Be about 90% faithful to the source, but still tweak things enough to allow the director to put their own stamp on it. Alter and switch some of the dialogue, tinker with colours in the stark black and white world to emphasise blood, etc. But still remain as true to the comics as you can. James O’Barr could be story and art director but give the main directing job to a great animator/director such as Brad Bird, Dorota Kobiela, Sylvain Chomet, Gil Kenan or how about giving one of the old guard a chance to return to their roots with Don Bluth or Tim Burton?

Holly fuck-balls. An adult based Tim Burton directed animated film closely based off The Crow comics. That has to be the best idea since someone said “I think I’ll put some Jack Daniels into this glass of Coke.”. 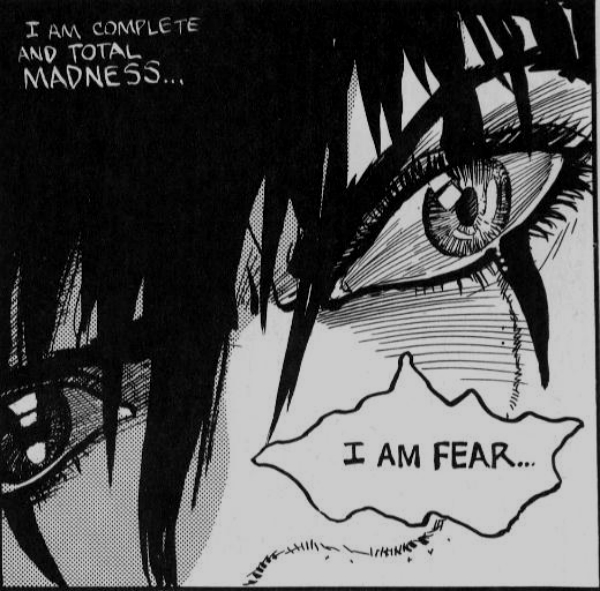 I’d love to see an adult, uber violent, bloody but still with all the heart and emotion animated attempt at The Crow and finally see one of the finest comic book series brought to life on film full of life. Make it happen Sony.