SPOILERS ahead for Avengers: Infinity War.

It’s been a long time coming. What Marvel Studios have crafted with their shared universe is nothing short of genius. Whether you like the films or not, you can’t help but admire the sheer amount of planning, writing and overall work put into it. From separate flicks to interconnected ones and sequels. Films from so many different writers and directors all coming together to form one huge multi-layered universe. In short, it’s really bloody impressive. And everything has been leading up to to this one movie – Avengers: Endgame will see the resolve to the whole Infinity Stones/Thanos story arch that begun a decade ago and after last year’s Avengers: Infinity War which left many people with their jaws on the floor –  shit needs sorting out.

A lot of characters died in the last film… a lot. Some of them a shock, some of them no so much when you already know Marvel have planned films in advance… I’m looking at you Spider-Man. Still, the ending to Avengers: Infinity War has left a lot of fans theorising over exactly how the whole Thanos killing half the population of the entire universe is going to be resolved and how the many dead characters will return. And it’s one the most popular theories that is leaving me worried about Avengers: Endgame.

See this theory (click here for a full explanation) revolves around how and why Peter Parker is wearing the normal Spider-Man suit in the Spider-Man: Far From Home trailer when the film is set after the events of Avengers: Infinity War and Endgame. Because Tony Stark gave Peter the Iron Spider suit which is far more advanced… so why isn’t Peter wearing the better suit?

Well the theory goes that what is left of the Avengers will somehow reverse time (possibly something to do with the Quantum Realm/Ant-Man and Captain Marvel) to an earlier point and stop Thanos or at least stop him from collecting the Gauntlet/Infinity Stones to begin with. No Thanos means no Infinity Gauntlet, no Infinity Stones, no clicky finger thing = no 50% of the universe are wiped out. Which also means Stark never needs to give Parker the Iron Spider suit… ergo, that’s why he does not have it in the new Spider-Man film. That’s the theory anyway. 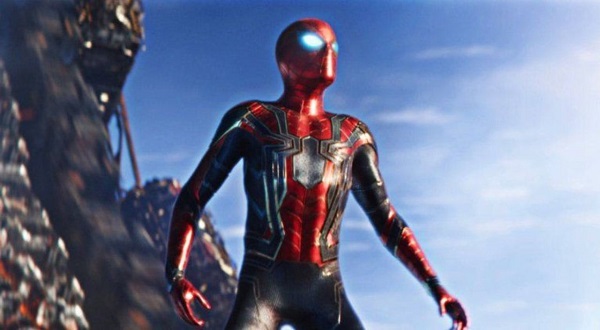 You want to hear my theory? Well Peter Parker goes on an international school trip in Spider-Man: Far From Home, an international trip that involves going on an aeroplane. Which also means going though airports and airport security. Now, which do you think would be the easier of the suits to get through airport security? The normal Spider-Man suit or the Iron Spider one? Another theory could be he does have the Iron Spider suit, but you just don’t see it in the trailer but it will be in the film.

Of course there is one thing my theory does not explain… how the fuck is Peter Parker alive anyway when he most definitely was turned to dust by Thanos’ clicky finger thing? See this is where the turning back time thing holds some water. Again, Spider-Man: Far From Home takes place AFTER the events of Avengers: Infinity War and Endgame and Spider-Man be dead at the end of Infinity War, but now he’s alive after these events?

So let’s just say that yes they do turn back time and yes they do stop Thanos from collecting the Infinity Gauntlet/Stones (theory). So now everyone that died in Avengers: Infinity War can come back from the dead for (some of) Avengers: Endgame and subsequent films. I have a major issue with this because its lazy just writing. You can’t just hit the reset button after ten years of building to this entire event. All these flicks, all these characters, all these interweaving stories and plots… and they are just going to Booby Ewing it? Everything has been simmering away for a decade to reach this boiling point while Marvel have been carefully pre-planning each and every movie years in advance… only to say: “You know that whole Thanos murdering half of the population of the universe thing? Well it didn’t happen, in fact a lot of the events you have been emotionally invested in the last ten years didn’t happen… okay so technically they did but now we’re going to delete it so they didn’t.”

No, just no. You can’t do that to people who have invested hours up on hours into your movies – not to mention the cash fans have spent supporting this story line. It would be such a slap in the face if (IF) the time travel/stopping Thanos thing was the plot for Avengers: Endgame. Not just for the fans either as it’ll be cheating the characters in the film if they don’t have to deal with the repercussions of everything that happened in Avengers: Infinity War. Again, this is just a fan theory, maybe there will be no time travel at all? I hope not.

Still, I guess we’ll find out in a little over a month’s time when the film is released…