So Terminator: Dark Fate is a flop at the box office, with some claiming it could mean the end of the franchise. Not really surprising given how awful and disrespectful it is to long time fans of the franchise. Now, I’ve been pretty vocal on the film myself, the short version is that it’s not very good at all, the much longer version can be read right here.

Now it’s all well and good sitting at my laptop yakking on about how bad the latest Terminator picture is… but it’s not very constructive is it? So after a while, I began to think how I personally would’ve pitched an idea for a new Terminator film. So here it is, my pitch for a new film in the long running and failing franchise.

Before I do get into this, I just want to clear something up. Terminator: Dark Fate had six people involved in the writing… six people, I’m only one person. The story would’ve also gone through weeks, months even years of work before filming began and finished, I’ve just come up with this after a couple of hours of thinking and even throwing in some stuff on the fly. The writers of Dark Fate would’ve been highly paid for their effort, I’m doing this for free… and fun. Then finally, Dark Fate was written by professionals working in Hollywood for years, one of them the creator of the franchise, I’m an amateur writer with a blog. Yet despite all of my short comings, lack of experience, money and talent, I’m still confident I can come up with a better Terminator film idea than Dark Fate. Oh and finally, this is a pitch just to get a story idea across not a script, so won’t be fully detailed.

Okay, so the first thing to make clear is that Terminator: Dark Fate was a direct sequel to Terminator 2: Judgment Day that ignored all the other films in the franchise. For my pitch, I’ll be doing the same… but I’m going a step further by also ignoring T2. Yup, my idea will be a direct sequel to the original 1984 picture, The Terminator. No friendly T-800, no super advanced T-1000, no blowing up Cyberdyne and no stopping judgement day.

So my film picks up with the end of the first film, 1984 where pregnant Sarah stops off at a gas station and pays $4 for a picture of herself (pretty good hustle kid). The ominous and effective “there’s a storm coming” and all that as Sarah and unborn John drive off toward the Mexican sunset as the storm clouds form. A narration begins with Sarah as she explains that Kyle was right, Skynet did become self-aware at 2:14 am and launched nukes at Russia which and kick-started a war on the 29th of August, 1997. The resulting nuclear war claimed three billion human lives and The War Against the Machines began.

The film then flashes forward to 2010 in the war ravaged future. Not quite as bad as shown in the first film circa 2029, but still a very rundown future. Classic Terminator future battle stuff with (early model) endoskeletons, HKs, etc all our war shenanigans against humans. Cut to a slightly quieter part on the outskirts of the battlefield where a small family, father, mother and their 6 year old son are scavenging for supplies as they struggle to stay alive. As they look for anything they could use, a terminator kills the parents while the child is distracted looking through scrap. The terminator spots the boy and raises it’s M-27 Phased Plasma Pulse Rifle, taking aim at the 6 year old right between the eyes (a quick throwback to the Tech-Noir scene in the first film). Just as it looks like the kid is going to be terminated, a small group of rebels open fire on the machine and manage to destroy it. A 25 year old, battle scarred man steps forward and picks the youngster up (come with me of you want to live reference?) and takes him away from the horrors of the war to a secure settlement full of human life. Overseeing the settlement is an older Sarah Connor and that 25 year old, battle scarred man is her son John. After a little discussion, it’s agreed they they will look after and raise the 6 year old themselves. Sarah asks the newly orphaned and terrified child his name, he replies “Kyle Reese”, Sarah has a tear running down her face.

Flashback to 1995 with a younger Sarah (de-aged CGI Linda Hamilton, it’s all the rage right now) raising her 10 year old son (doesn’t have to be Edward Furlong cos T2 didn’t happen). She is a tough but fair mother as she trains him for his inevitable future as the leader of the resistance. They are hiding out in Mexico and Sarah has made a few ‘contacts’ over the years to gain weapons, etc to help train John. The youngster never resents his upbringing because it’s all he’s ever known. Firing guns at paper targets and learning how to use grenades is normal behaviour for this 10 year old. John asks about his father, who he was, where is he now. Sarah gets a little emotional (“in the few hours we had together, we loved a lifetime’s worth.”) but decides to tell John all about Kyle as she said she would in the recording she made at the end of the first film/start of this one. She tells John how Kyle was sent back in time from 2029 to 1984. Sarah quickly recaps the original film and tells John how his father sacrificed himself to save both Sarah and the unborn John against the killer T-800. We follow Sarah and John for a couple of years as the training continues and Sarah tries to warn people about judgement day but they think she is crazy. Sarah is shown as a very loving mother with the weight of human existence on her shoulders. It’s now late evening of the 28th of August, 1997, just a few hours before Skynet becomes self-aware. Sarah and John head toward an old and disused underground bunker (with a handful of people who believed Sarah) as the nukes begin to fly, judgement day begins. Taking from T2 (that didn’t happen in this film) to show the horror of a nuclear explosion as millions upon millions of people die.

Back in 2010 and the human settlement is attacked by a terminator, Sarah sacrifices herself (just as Kyle did for her) so John, Kyle and others can escape. Throw in a vehicle chase sequence cos you know, Terminator. They go on to set up an new human settlement. It’s now 2020 (looking more like the ravaged future shown in the first film) and Kyle is 16 years old (a very de-aged Michael Biehn), a highly trained and skilled soldier too. The settlement has grown over the years and become a haven for humans looking for shelter and to train and fight. The whole place is teeming with life, it’s reputation has grown over the years along with that of John… so much so that the settlement and John has been put on Skynet’s radar, who just observes, scrutinises and learns from the humans from afar… for now. Kyle begins to ask questions about Sarah, he kind of remembers someone from when he was found as a 6 year old but as she died before he grew up, his memory is hazy. John gives Kyle a picture of Sarah… that picture. He tells Kyle how Sarah was a brave and strong leader that helped him become the man he is now, but John leaves out little details, like Kyle going back in time and being his father. 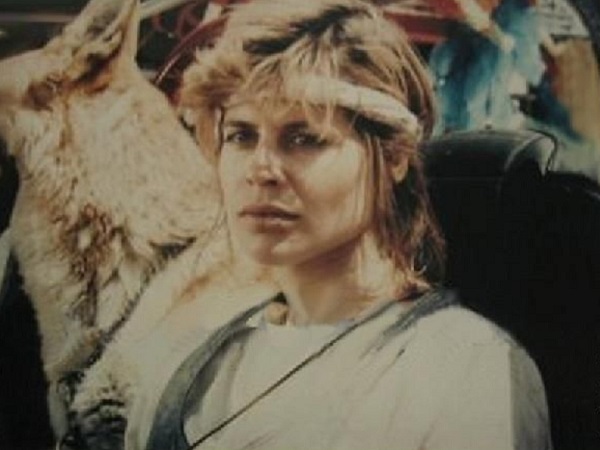 The settlement mange to get some intel on Skynet and the battle begins to turn in the humans favour, more settlements begin to be created, more soldiers trained all lead by John. There is still a good few years of fighting to go yet but there is a ray of hope that Skynet can be defeated. 2028 and Kyle is now a grown man (still a de-aged Michael Biehn now looking like he did in the first flick) and John’s right hand man, the resistance are winning the war, many, many human lives have been lost, but they are winning. Skynet has replaced it’s “easy to spot” rubber skinned T-600 units with the much more advanced T-800s with living tissue, one of the many things Skynet has learned observing the humans over the last few years. John Connor has been away and putting a plan together to attack Skynet itself, a bit like the Death Star attack in Star Wars only a lot better. The plan takes a while to perfect as the fighting continues. While trying to enjoy some very rare downtime, Kyle returns to one of the human settlements after being on the battlefield. You know Kyle’s nightmare scene in the first film where a terminator attacks and that photo of Sarah burns? Well this is that bit only with a bit more meat on the bones. More humans die, Kyle escapes and meets up with John. This is where John reveals he has perfected his plan to attack Skynet directly and launches his attack a few months later in 2029 after asking for volunteers. Taking a group of soldiers, Kyle included, they attack Skynet and smash the defence grid, Skynet has lost.

Skynet has nothing left, but while John was coming up with his plan, Skynet was piecing together one of it’s own. It had secretly built a time machine, unbeknown to John and his intel. and planned on sending back an army of terminators to kill young Sarah Connor, in 1984, killing John before he’s even born. But with the humans gaining the upper hand in the war and Skynet losing so much, it decides to launch it’s plan early and without an army of units. Only one T-800 is available as most have been lost on the battlefield or currently fighting. As John and his soldiers attack, Skynet sends the T-800 back to 1984. John learns of Skynet’s plan and Kyle volunteers to go back to protect Sarah, wanting to meet the legend who sacrificed herself to save humanity.

Okay so that is my Terminator sequel movie pitch. It’s rough, needs a lot of work and to be honest, I threw it together after only a couple of hours. Of course this film will never be made, this was just done for a bit of fun… and to prove to myself that I could come up with a better film than Terminator: Dark Fate and it’s six writers. If I’m allowed to say so myself, I think I did a half decent job.

Just to finish, I’d like to apologise for the lack of any curtain hanging T-800s, not killing off the most important character in the franchise and rendering Kyle’s sacrifice completely redundant. I guess I just don’t know how to create and craft a film like highly paid Hollywood writers do.