Okay, maybe I should rephrase the headline there. I don’t like the term ‘black cinema’. I really need to elaborate here, don’t I?

Recently, there’s been a massive emphasis on pushing the spotlight on black artists, whether they be directors, actors, writers, musicians and so on. Let’s be brutally honest here, this whole emphasis on black performers has stemmed from the abhorrent George Floyd death from last year. Yeah, I know shit goes back a lot further than that, but Floyd’s death really kick-started a movement. Since then, big-name companies have been pushing the whole black angle like crazy. It’s almost bandwagon jumping-like. Disney+ have an entire ‘ black stories’ collection on their streaming service. Microsoft has been running a spotlight on ‘black creators’ recently. And there are other big-name companies running similar campaigns. Black this, black that. Not pushing Asian, Hispanic or even white artists, just black. 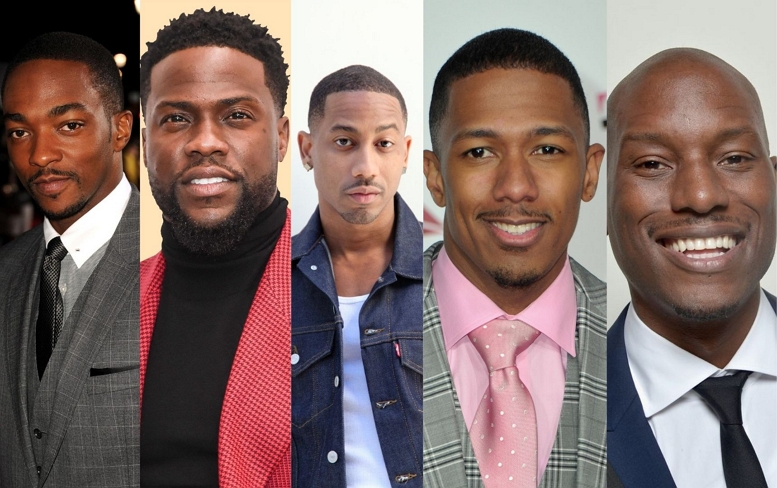 Just how did I get onto this rant? Recently, I watched and reviewed Coming 2 America. After which, I looked around at other reviews just to see what the general consensus was about the film. Pretty much all of them commented on Coming 2 America being a ‘black film’ or a ‘black comedy’ or mentioned its ‘black cast’. Just go and read my review and make note of how many times I bring up anything black. I’ll save you some time, not once. Why? Because race has nothing to do with the film or its quality.

When I was a kid, Nan and Granddad would come round every Sunday for lunch. Every Sunday, Mom would have me and my brothers help to do jobs around the house, cleaning and the like, for when the grandparents would arrive. Mom would put some music on and more often than not, it would be sixties and seventies music. We’d listen to the likes of Sam Cooke, Aretha Franklin, Marvin Gaye, Jimi Hendrix and more. Yet, I was never told that ‘this is black music’, it was just music. Just going back to Coming to America for a second. I watched the original flick when I was about 14 or so. It was never a ‘black film’ or a ‘black comedy’, it was just a film. I was never taught to segregate people into groups based on the colour of their skin. Yet, that’s exactly what’s happening now.

You can’t claim to be aiming for inclusion while pushing the spotlight on people because of the colour of their skin at the same time, that’s a massive oxymoron. Look, I’m not saying black artists shouldn’t be celebrated, of course they should. But just as it’s possible to have a Quentin Tarantino celebration due to his work and not his skin. You can have a Spike Lee celebration too. Lee isn’t a great ‘black director’ for the same reason Tarantino isn’t a great ‘white director’, they are both just movie directors. There shouldn’t be a celebration of black actors, directors, writers or whatever, there should just be a celebration of their work, skin colour shouldn’t even be a part of it. We shouldn’t be putting black people into specific groups because they’re black, we should be united because we’re all human. I’m also a bit of a gamer (as regular readers will know), do we have such a thing as ‘black video games’?

That’s how you fight racism, by not giving people special treatment due to the fact their skin is a different colour, whatever colour that may be. I was raised on music, films and the like, with it just being music and films, not it being ‘black’ music and films. I was never taught ‘black history’ in school, I was taught history regardless of race. I wasn’t encouraged to shop at ‘black-owned’ businesses either. Because I was raised to treat people as people and not as a race. And due to all of that, I couldn’t give a fuck about the colour of a person’s skin. So why do we have this whole ‘black thing’ being pushed so hard by so many now?

The truth is, I don’t like any term that highlights any race over another (or one sex over another either). Artists should be celebrated for their work, not the colour of their skin. History should be taught inclusively and not divided by race. And no, we shouldn’t shop in black-owned businesses either, we should shop at the places that suit our needs, not based on skin colour. You teach people to not judge based on skin colour and not by what is going on now with this separation and emphasis on people who are black.

The funny thing is that I’ve brought this point up on social media and I’ve been called ‘racist’ for doing so. Me, the person who strongly believes that people should be treated equally, not praised or damned based on the colour of their skin, the person who thinks you don’t teach equality by singling out any race over another. Me, I’m apparently ‘racist’ because I think we should all be treated the same. That’s the kind of society we live in today, not being racist is now racist. And yes, I put the blame on all this emphasis on ‘black’ anything from major companies forcibly pushing an agenda. Look, all I’m trying to say is that I’m in 100% agreement with Morgan Freeman:

Morgan Freeman, one of the finest actors of our generation… not finest black actors, just a damn fine actor talking complete sense. So please, can we stop with all this ‘black’ shit that’s being ham-fistedly forced and just teach people that skin colour doesn’t matter, just how I was raised?