Many, many years ago, when I was a young gamer, I loved Sensible Software’s Wizball. It was a side-scrolling shooter that was in back & white and you had to bring colour back to the world. Ever since playing and loving Wizball, I have been fascinated with games that start out black & white and you have to bring it back to its colourful life. From developer ManaVoid Entertainment and publisher Skybound Games comes Rainbow Billy: The Curse Of The Leviathan.

“Rainbow Billy: The Curse of the Leviathan is a wholesome, creature capture, 2.5D Adventure-Puzzle-Platformer with RPG elements. It is a family-friendly and openly accessible adventure in which you must save whimsical creatures by bringing back color to the world you once knew! Rainbow Billy tells a universal coming of age story about dealing with changes in the world and accepting ourselves and the others around us! Sometimes it only takes a conversation, empathy, and a new point of view to make a world of a difference.” 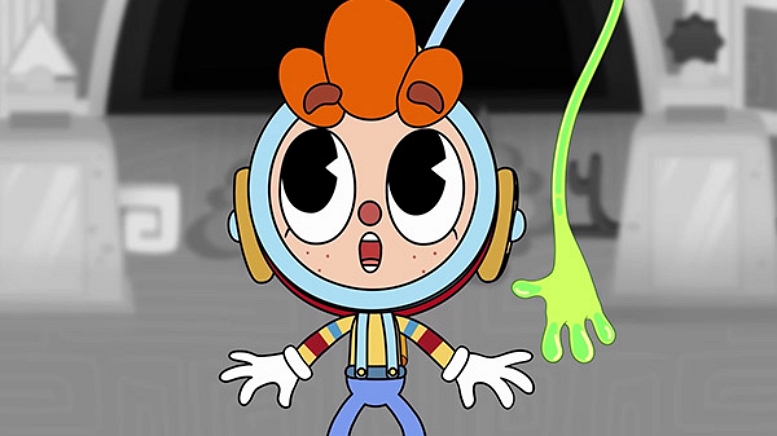 That’s the basic blurb out of the way. Rainbow Billy: The Curse of the Leviathan is a rather intriguing little game. A platforming-RPG-adventure game that is unbelievably cute and features the bare minimum (if any) of violence. The title itself pretty much tells you the plot, but I’ll quickly cover it anyway. You play as Billy (with his fishing rod/hand companion-thing) who lives in a vibrant and very colourful, Fleischer Studios/Disney-esque world. A rather nasty leviathan turns up one day and puts a curse on the world that removes all of its colour. Billy, the plucky hero that he is, literally sets sail to break the curse and bring colour back to his world.

There are two main gameplay mechanics at play here. First up, you have the exploration aspect of Rainbow Billy. Here you can sail from island to island where you’ll have to solve fun puzzles. Some of the islands will have a character that you will have to ‘fight’. I say ‘fight’ but there’s no actual ‘combat’ in the strictest sense of the word. You do have very typical RPG, turn-based like fights… without any fighting. There are no swords, no guns, no weapons of any kind. Instead, the battles in Rainbow Billy: The Curse of the Leviathan are based on words. What you do is you listen as to why your opponent is upset, to then select the right response to help them out. For instance, say someone is shy, you try to encourage them to be a bit more self-confident. 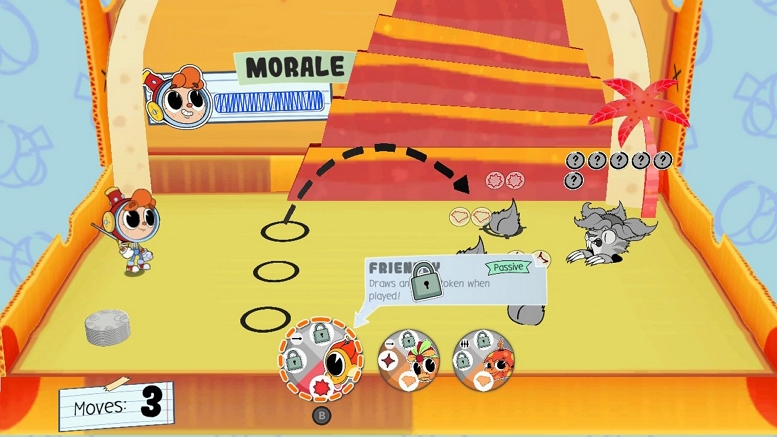 Your opponent will have certain hidden shapes that are releveled if you get the right response to their issue. You then have your friends match those shapes (different friends have different shapes) and those shapes will colour in your opponent. Fully colour them in and they will join your team and the black & white island they were on, then returns to its former, glorious and colourful-self. Recolour all the islands in the same area to unlock the boss battle. befriend the boss (in much the same way as with the smaller opponents) and you can move onto the next area. Complete all areas, find and defeat the nasty colour stealing Leviathan to finish the game.

You can work on your relationships with your enlisted friends to help improve their skills and make them more effective in ‘combat’ by unlocking more shapes. Go fishing to find fish to feed your friends and even find gifts. Pay attention to what each of your friends want and give them the appropriate gift to help them level up. It’s all very typical RPG stuff, just presented in a very untypical and rather unique way.

You use a boat to get from island to island and also as your main base of operation where you can unlock new items and skills. You’ll also find hidden characters on the islands (whose names escapes me as I write this) that you can take back to your boat and swap them for upgrades. Now, sailing from island to island in the black & white seas does use up your ‘rainbow fuel’, which can only be replenished at a colour-filled island. So you have to carefully plan your journey as to not run out of fuel. Some of the islands on the map can’t be reached… at first. 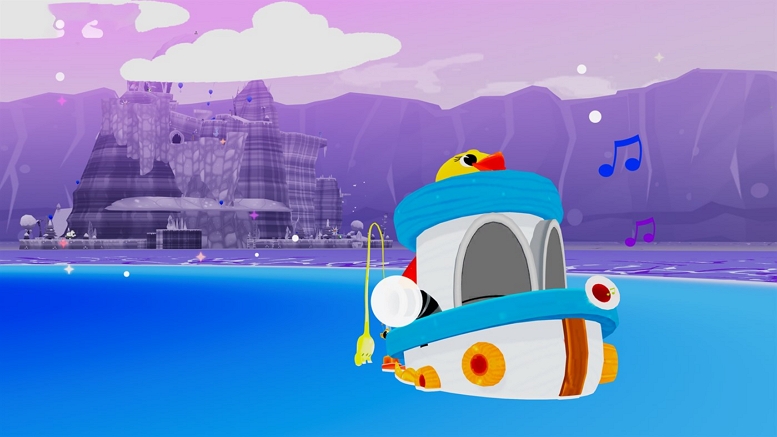 Graphically, you just can’t help but compare Rainbow Billy: The Curse of the Leviathan to Studio MDHR’s Cuphead game. They both have that very 1930s animation style. But whereas Cuphead was a devilishly hard platformer, Rainbow Billy is a much more relaxing and serene experience. This really is a very nice looking title, full of wonderful animations and friendly characters.

Rainbow Billy: The Curse of the Leviathan is all very wholesome and twee. Bright and (eventually) very colourful graphics. No violence and no one is ever killed or defeated. Just good, clean family fun and as I have been playing it for review, I have to admit that I’ve been asking myself just who the target audience is. I mean, It’s hardly ‘hardcore’ gaming. The puzzles are perhaps a little too simple for older gamers, but the game does have a level of complexity to it that will baffle younger gamers. I played through Rainbow Billy and kept asking just who is this game meant to be enjoyed by, as it doesn’t seem to be aimed at anyone in particular. The answer to my query was so obvious that I didn’t even notice it. Rainbow Billy: The Curse of the Leviathan is an anybody game. I’m 45-years-old now and I really enjoyed playing this. 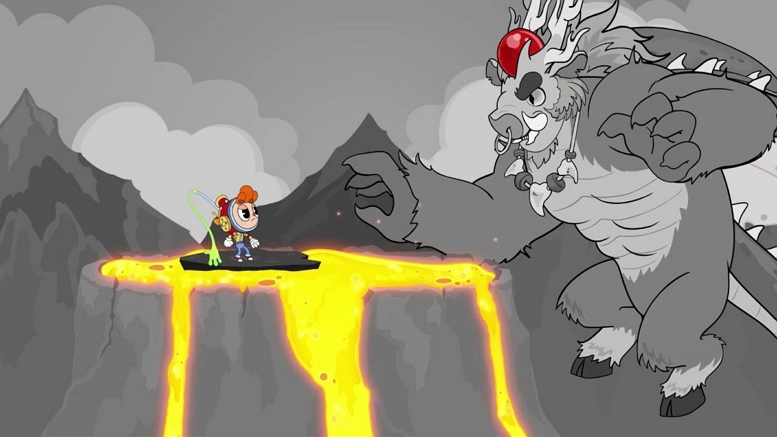 It’s not aimed at younger gamers, though they certainly could play it. It’s not aimed at older gamers who are more used to far more ‘adult’ titles. Rainbow Billy is a game for anyone who just fancies a nice little and relaxing game. A title that you won’t be pulling your hair out in frustration and anger because everything is just so nice and calming. My only niggle was that, when out sailing on your boat, you can’t move the camera up or down for a better view. Left and right works but you can’t raise the camera to look over your boat. It is a very minor niggle though. Which all brings me to my final judgement and a quick look at the price of the game…

You’re looking at paying about £22 on all formats and I feel that is a perfectly reasonable price point. I guess this one will really boil down to if this is just your bag or not. I know that Rainbow Billy: The Curse of the Leviathan is a game that certainly won’t appeal to everyone. It may be a little too cute and nice for some, the gameplay could come across as a perhaps little simplistic for some players too. For me though, I have to admit to really enjoying this far more than I thought I would. It’s just a very, very, very nice and pleasant little game.