GTA III, Vice City and San Andreas really are all-time classics. They were, at the time, the pinnacle of the open-world genre of gaming. Developer, Rockstar North, could do no wrong and they released three of the greatest games ever made and they showed the gaming world just how vast a video game could be.

This trilogy cemented Rockstar as… well as rock stars of the gaming world. Two decades after the release of GTA III, the game that really kickstarted the whole 3D legacy of the Grand Theft Auto franchise (quick aside: those original GTA games were 3D, they just used a top-down viewpoint) and those three games are still very firm favourites among GTA fans, myself included. For a few months, a GTA trilogy remaster was the worst kept secret in gaming. Everybody and their granny knew it was coming, but Rockstar didn’t officially announce it until a few weeks before it was released. And when they did officially announce it, we GTA fans rejoiced. Huzzah!

We would soon be able to play three of the greatest games ever made but with some modern refinements. There had been several fan-made remasters all over the interwebs for a while. Rockstar’s parent company, Take-Two, forced that they be taken down. Understandable when they were planning on releasing their own official remasters and all. Still, some of those fan-made ones were ‘effing amazing. Just to think that, if a few fans could put together such awesome games, what could Rockstar themselves do? This fan-made GTA: Vice City intro from 2016 was amazing.

Then the official trailer was released and it looked pretty damn good too. It still had the distinct look that those originals had, it still looked a bit ‘chunky’ graphically speaking, yet everything was shiny and new. HD textures, better colouring, far more detailed backgrounds and more. That trailer did its job and sold the remasters to the fans.

And then the trilogy was released and feedback hasn’t been stellar. A quick interweb search for the Grand Theft Auto: The Trilogy will bring up quite a few articles and videos looking at the many problems the game has. Some players are even demanding refunds. You can see why too with reports of game crashes, bugs, freezing issues and much more. The short version is that this triumphant return of three all-time classic games is a complete mess.

Fortunately, I didn’t buy the trilogy myself, I have been burnt too many times in the past to fall for something like this again. But I have been playing San Andreas on my Xbox via Game Pass and in all honesty, it’s been a very underwhelming experience. It really is an ugly looking game and I don’t mean compared to today’s standards, I mean compared to the original release back in 2004. I mean… 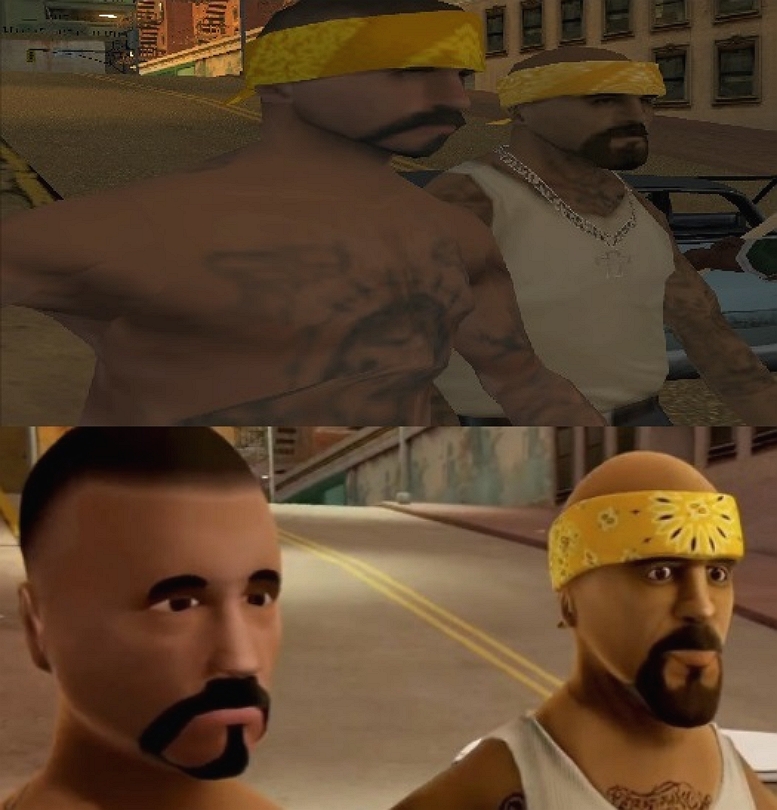 Yeah the original top picture is rough but hey, at least it doesn’t look so… ‘Fortnite‘. Seriously, the graphical ‘upgrade’ is a complete mess. Now, I was not expecting GTA V quality graphics, not even close, I wasn’t even expecting GTA IV quality, to be honest. But this? This is truly awful. Some of those previously mentioned fan-made remasters were far, far better than this official one. Instead of Take-Two shutting these fan-remakes down with threats of legal action, they should’ve been talking to and employing the people behind them.

Now, the core gameplay is still as it ever was. This ‘remaster’ has thrown in a few welcome changes, the addition of a weapon wheel for one. No more having to tap, tap, tap the buttons to scroll through all available weapons. The mini-map now uses a GPS system to help you find your way around. There’s an auto-save feature and more. However, I personally feel that the controls have not been as well implemented as they could’ve and the whole thing feels very ‘awkward’. I’m not going to bring up all the problems this game has. As I said, there are plenty of articles already doing that anyway. There is something I do want to bring up though, something I spotted in the options.

If you can see that, the bit I have underlined in red is an option where you have to choose between performance or graphical fidelity. Seriously, we have to choose between performance or graphical fidelity for a game that is two decades old? You know what, if this had used the more advanced GTA V engine and yeah, I would understand why. I mean, a lot of new games have this option, I don’t like the fact that, even when using a top of the range, cutting edge games console that is the Xbox Series X, that I do have to do this though. Another game released the same week as Grand Theft Auto: The Trilogy was Forza Horizon 5 and yes, you have to choose between performance or graphics on that too. But here’s the difference between Forza Horizon 5 and the Grand Theft Auto: The Trilogy.

Forza 5 is immensely detailed. The environment is astonishing. The car models are stunning. Weather and water effects are breathtaking. Lighting and shadows are unreal. In short, in terms of looks alone, Forza Horizon 5 is gloriously beautiful. It too is an open-world game and one that I understand why we have to choose between performance or graphics. I don’t like it, but I do get it. Then, Grand Theft Auto: The Trilogy looks like this.

Am I missing something here? How… why do we need to choose between performance or graphics for that? These games are 20-years-old and had a very bad ‘remaster’, they are not built from the ground up new games. Back when these GTA titles were first released, they were gargantuan, highly detailed and hugely impressive. Now, they’re really quite small and ‘lacking’ when compared to similar titles. Seriously, this fact alone is proof of just how badly these ‘remasters’ have been handled. Assassin’s Creed Valhalla (after an update) runs at 4K and 60 FPS… but this 20 year old game can’t?

Grand Theft Auto: The Trilogy is a lazy cash-grab. A ‘remaster’ that has been farted out by a studio who lost their way several years ago. Of course, I do need to bring up that this trilogy was ‘adapted’ by Grove Street Games and not Rockstar themselves, perhaps they were too busy milking GTA V as much as they can? Grove Street Games being a team who have done some pretty bad Android and iOS ports of other games and to be fair, that is what Grand Theft Auto: The Trilogy feels like, a bad Android and iOS port… one that is being sold on all consoles and PC as a full-priced title. As I said, the core gameplay is there and just as it ever was, but this ‘remaster’ is just not worth paying for. 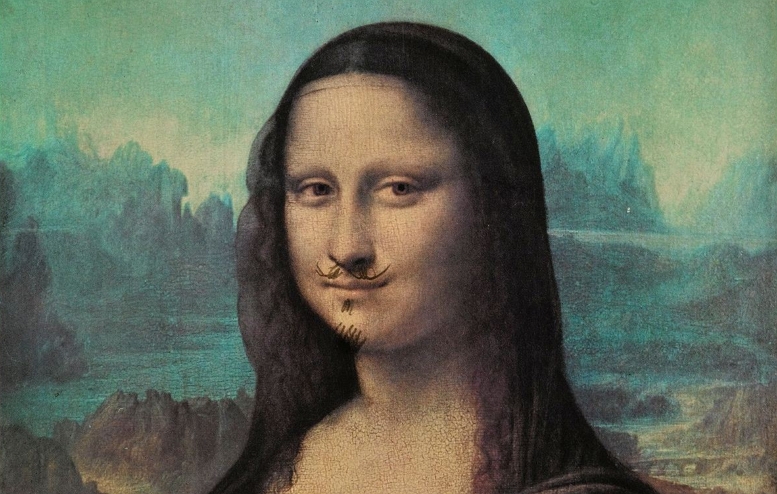 What Rockstar Games and Grove Street Games have done is draw a moustache on the Mona Lisa. It is still recognisable as what it is and the classic is still there… but it’s now fucked up and ruined by someone that shouldn’t have been let anywhere near it.