Do you know what annoys me? ‘Stylising’ titles. I don’t like it at the best of times, I don’t like it but I kind of ‘accept’ it. Say, something like the classic PlayStation futuristic racer, WipEout. Even with the stylised E, the title still reads WipEout and your brain accepts it as such too. Then you have examples where the stylisation makes sense and doesn’t make sense at the same time, like the 1995 film, Seven… or Se7en as it later became known. The swapping of the V for a 7 makes sense given the title and theme of the film, yet it is completely unnecessary and pointless too. Still, when you do read Se7en, your brain accepts it as Seven, doesn’t it?

This all brings me to my latest game review. Developed Deep Silver FISHLABS and published Deep Silver. What I have today is a space-themed shooter called Chorus. However, the title has been stylised as Chorvs (even my spell-checker keeps trying to correct it). That makes no sense at all, as swapping out the U for a V doesn’t just change how the word looks, it changes how it is pronounced. Unlike Se7en, your brain is trying to make you say Chorvs instead of Chorus, isn’t it? But trust me, the game is called Chorus, it is even pronounced and spelt as much in the game itself… so why stylise it as Chorvs? Anyway, here’s the trailer for Chorvs… I mean Chorus.

Take control of Nara, once the Circle’s deadliest warrior, now their most wanted fugitive, on a quest to destroy the dark cult that created her. Unlock devastating weapons and mind-bending abilities in a true evolution of the space-combat shooter. Along with Forsaken, her sentient starfighter, explore ancient temples, engage in exhilarating zero-g combat, and venture beyond our waking reality.

Shooty boom-boom action ahoy in this guns a-blazing shoot ’em up. But this is no classic 8-bit, side-scrolling shoot ’em up. This is glorious 3D, HD shoot ’em up action… with a story. And about that story. You play as Nara, one of the best pilots in the galaxy. After destroying a planet and ending billions of lives, for the Circle, you do a disappearing act and flee the clutches of the cult that created you. Of course, the Circle don’t like that much and come looking for their best fighter pilot.

Okay, first things first. The story is arse and intrusive. The game starts with a lengthy intro/cutscene that gives you all the backstory you’ll ever need and more. Then, when you are playing the game, you keep getting callbacks to that lengthy intro that you already know about. I mean, the way the story has been designed, it feels like it was put together with someone with a ten-minute memory. There are story interruptions all through the game and quite honestly, it really ruins the flow of the action. Yeah, I like a good story and all but I don’t need reminders every few minutes. I think the pacing of the plot may have been designed by Navi from The Legend of Zelda: Ocarina of Time.

Aside from the continual and unnecessary reminders, the story itself is pretty bloated and cliché too. There’s just nothing here that made me want to invest in the plot or characters at all. The whole thing could’ve done with being trimmed back and streamlined. The first hour or so is also damn tedious. I get that the game is introducing you, the player, to a lot of exposition and tutorials to get you used to the game’s controls. But it is still a very slow burn regardless. After that opening hour or so though?

Well yeah, the game really does kick up a notch or seven once you get the opening out of the way. You get a new ship, one that is fast and nimble. You get to use Nara’s Force powers… sorry, I mean Rites… which are basically Force powers. Starting with only a power that highlights enemies and collectables, Nara soon unlocks new abilities that really help during the game’s many dogfights. Teleport behind an enemy, make them crash into each other, do some impressive drifting… in space and more. After a while, Nara becomes an absolute beast on the battlefield and the action you get thrown into really does begin to shine.

Prepare yourself for some truly ‘effing amazing space battles playing as, basically, Darth Vader working for the good guys. That is pretty much who Nara is in this game. Imagine if, after blowing up Alderaan, Vader grew a conscience and said: “Screw this, I’m going to join the Rebel Alliance”. This is what Chorus is and where it really gets damn good too, the action. Space dogfights and battles have been many a Star Wars fan’s dream for decades and whole there have been several Star Wars games that have delivered in that regard, here’s another one… it’s just not actually a Star Wars game. The only downside? The story, which keeps interrupting the action. Often, there are ten to fifteen-minute breaks between the action as the story rears its ugly head and slows everything down once more. 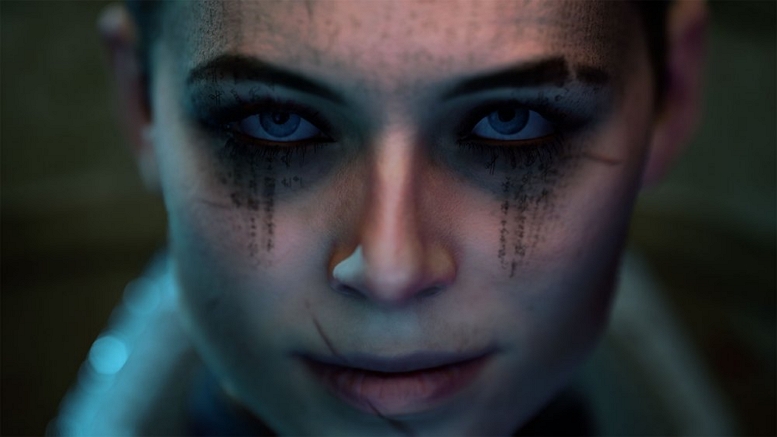 I really don’t mean to be dismissive of the story, the game certainly needed one. But the way it is continually forced down your throat and often repeats the same bits of info over and over and over again. It’s just annoying. What should be quick cutscenes to keep you in the loop, end up being overly long interruptions to tell you things you already know. When what you really want to do is get back into the action and blow shit up.

Chorus (outside of the story) really is beautifully designed. You play in a semi-open-world environment, with various hubs acting as places where you pick up new missions and side-quests. There is plenty here to keep you occupied too. Loads of loot to find to upgrade your stats, people (well, spaceships really) to talk to, random encounters and more. The graphics are stunning and I often found myself just exploring the area and looking at the scenery… in space! The controls work very well and after a short while, flying your ship around in a 3D environment becomes an absolute joy.

£35 is the price for Chorus and that seems a bit high at first, but this is a AA game. It’s not quite a low-budget indie title, it’s not quite a big-budget release. Still, Chorus is a quality game and you do get a lot for your money. That £35 price tag is justified in my eyes. In short, what we have here is a wonderfully crafted 3D space-shooter, one with lots to keep your attention and plenty of variety. It is just weighed down by a tumefied and awkward story that keeps slowing everything down for no reason. A recommendation from me but with a warning that when the story does intrude on the game… just go to the toilet or take a slow walk to the fridge to get a beer.