The Neo-Geo, a fantastic machine back in the 90s that was capable of delivering arcade-perfect games. That was because it was basically an arcade machine. Bloody expensive though and it would cost you the equivalent of over £1,000 today just for the base console. The games would now set you back around £400. One of those games was Andro Dunos and three decades after its 1992 release, Andro Dunos II developer Picorinne Soft and publisher Just For Games has been released.

“The sequel of the famous Shoot’em up from the Visco studio is back, 30 years after the first opus, released exclusively on Neo-Geo MVS and Neo-Geo AES in 1992 . It’s time to bring out your good old battle ship in ANDRO DUNOS 2!”

I never played the original game and so, I have no idea how it was. Just doing a quick bit of research, it seems that the original Andro Dunos got mixed to average reviews when it was released. Though some of the fans will disagree with that kind of rating, I’m sure. It was released at a time when the shoot ’em up genre was pretty big and competition was tough. Perhaps Andro Dunos was good, but just not as good as some of the other shooters that were on the market at the time? 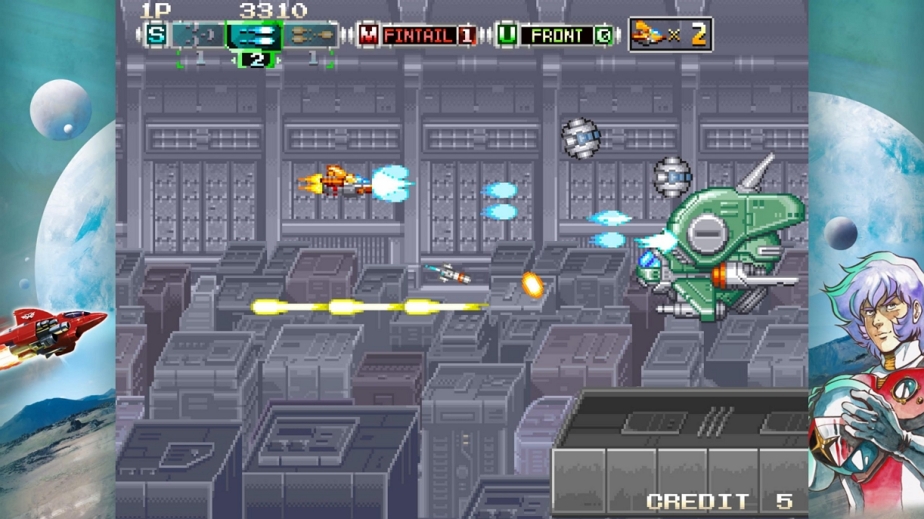 What you get with Andro Dunos II is a very typical and very 90s shoot ’em up. Your ship is armed with four weapons that can be selected on the fly. Those four weapons each have their own uses for certain situations in the game. One weapon shoots behind, another shoots up and down, etc. So you’ll find yourself switching between weapons as and when needed. They can also be powered up by nabbing… well, power-ups. Add on that you also have a hyper shot which unleashes a devastating blast that is handy for dealing with larger waves of enemies and dealing major damage to bosses. The downside is that using the hyper shot renders your basic firepower weak and you have to wait a few moments for it to recharge. 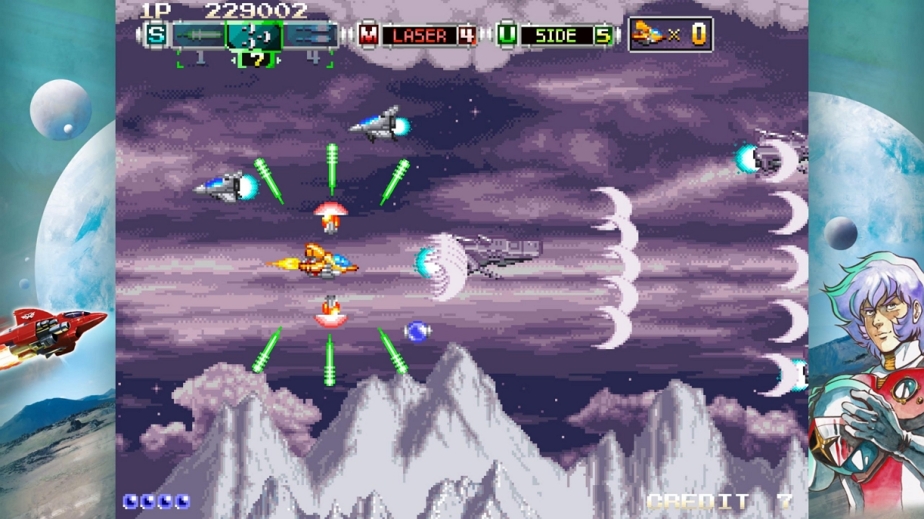 These features, the multiple and selectable weapons, the hyper shot and picking the best place to use it knowing that it will weaken your base attack for a while. They add a layer of strategy to the game and make you think before shooting. As you play, you’ll earn in-game currency that can be spent on upgrading your weapons at the end of the levels too.

Graphically, Andro Dunos II is very 90s and I’m really happy about that too. The devs could’ve easily updated the visuals and added 3D or 2.5D visuals while throwing all sorts of modern-day effects into the mix. But no, this looks (and more importantly) plays as if it was released 3 months after the original game, not 3 decades later. 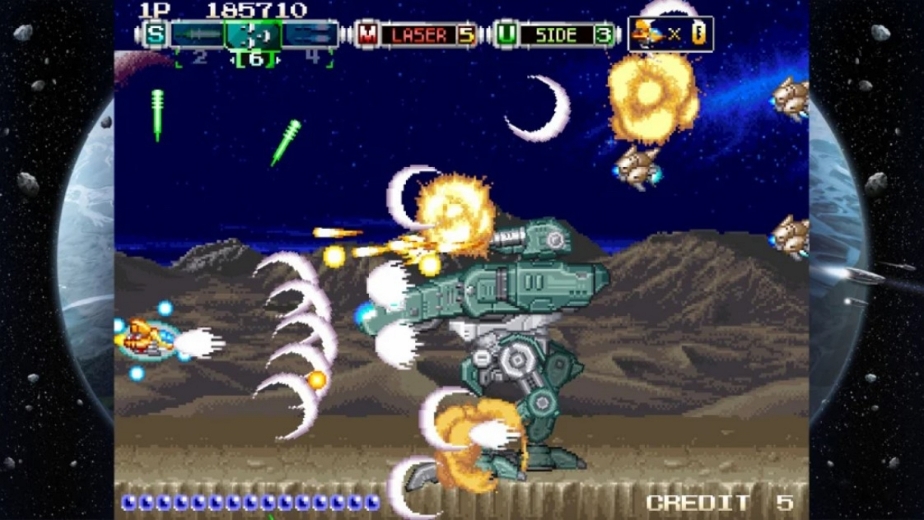 About £13 is how much this one will set you back on PC and console, except for on the Switch where it is priced at £18. Oh, it’s been released on the 3DS and Dreamcast too. I thought this was great. I can’t compare it to the original, as I said, I never played it. But I really enjoyed this sequel. It doesn’t do anything too flashy and nor does it try to update its basic but very playable gameplay. This is a good, solid and very enjoyable shoot ’em up that is worth the £13 asking price… I’m not sure about £18 for the Switch version though.