What is Frog Island and why am I spending time on it? I had no idea, that was why I requested a review code. The title alone got me interested. Time on Frog Island, from developer Half Past Yellow and publisher Merge Games is, well… it’s kind of… I don’t know. Here, take a look at the trailer while I try to work out how best to review this game.

“Cast away on an island paradise complete with a cast of friendly frogs. Enjoy sandbox island life and explore at your own pace, solving sticky situations for your new friends and trading your way to fixing your ship!”

So then, you play as a sailor who ends up shipwrecked on Frog Island. With your ship too damaged to sail, interact with the residents of Frog Island (would you believe that they are frogs?) to get the parts needed to repair your ship. Simple enough.

Taking place in a medium-ish open-world Time on Frog Island is an adventure game that really is just one huge fetch quest. You pick up an item and swap it for another item from one of the resident frogs, with the aim being that you trade with the island’s many frogs until you have all the parts needed to repair your ship. There is no text, no dialogue between characters. ‘Conversations’ are carried out via pictures in speech bubbles, picture bubbles, I guess?

You can only hold one item at a time and this means a lot of backtracking to get the requested items to the right frogs. There is no map, which is an annoyance as you have to try to remember where each frog of the island is and it is very easy to get lost. There is no reminder or in-game list to tell you what item you are looking for either, so you’d better have a fantastic memory to recall what item it is that you are looking for too. You’ll lose track of what you are meant to be doing while getting lost. 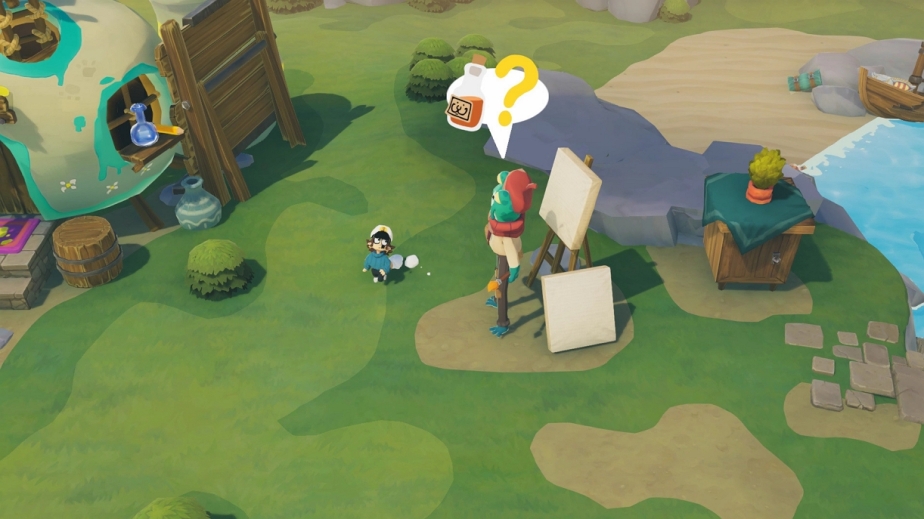 Some of the trading does involve puzzles and you do get clues… in the form of those picture bubbles. Some of these puzzles have multiple parts to them. As there is no way to keep track of what you are doing or the steps you need to follow for the puzzle, you’ll have to track down the frog who gave you the clues and go through the whole thing again. Time on Frog Island is, for want of a better word, frustrating. I don’t want a game to handhold or signpost everything, but just a little to-do list and a map really could’ve helped this game no end.

£20 is what Time on Frog Island is going to cost you on PlayStation, Xbox, Switch and Steam (currently with 20% off on Switch and steam). You’ll get around a 5 hour playtime for that £20 too, but is it worth it? For me, no. This is just one huge fetch quest of a game and nobody (sane) likes fetch quests. There are things that I did enjoy about Time on Frog Island. I think the setting is wonderful, the game has a graphical charm and everything is wrapped up in a very likeable personality. There are a few things that you can do outside of the main quest of fixing your boat and there is no time limit, so you can take as long as you like. The island is a nice place to explore (would’ve been better with a map though) and the characters that you meet all have their own distinct personalities, all with no dialogue too. 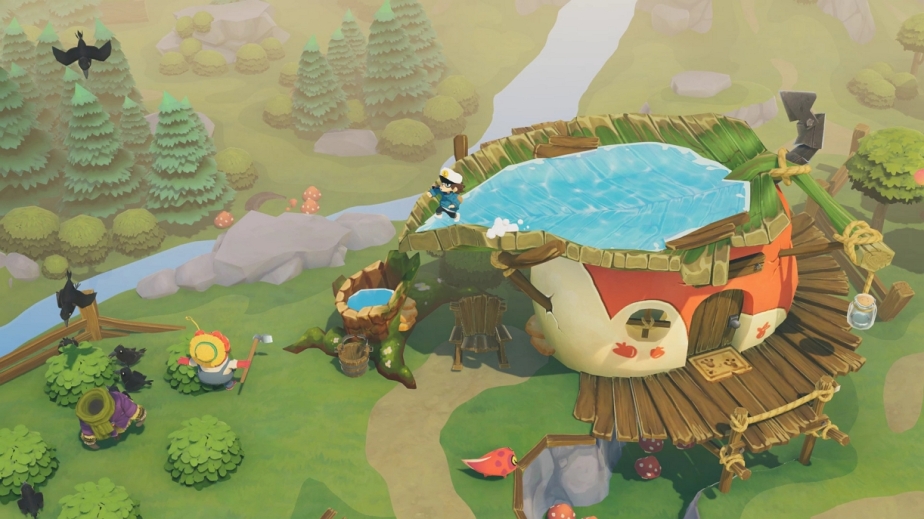 There is a lot to enjoy here. It is just that core gameplay of fetching items and swapping for more items, it just begins to grate after a short while. If you enjoy fetch quests in games, then Time on Frog Island is going to please you and then some, because that is what it is, one huge fetch quest of a game. I just found it too frustrating due to a lack of map and to-do list. An okay game in my eyes, but on that could’ve been so much better.