By now, Wolfenstein 3D had taken the gaming world by storm. We gamers were blown away and eagerly waited for another game in the franchise.

Wolfenstein 3D and its add-ons were released in 1992, but we wouldn’t see another game for almost a decade. It wasn’t a sequel but a reboot. 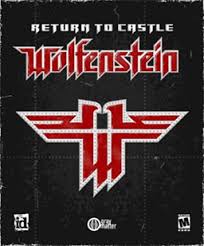 Once again, you play as B.J. Blazkowicz who teams up with a British operative known as Agent One. The two are captured and imprisoned in Castle Wolfenstein by the Nazis while they were investigating rumours of a top secret project of Heinrich Himmler regarding the SS Paranormal Division. Agent One is killed during interrogation but Blazkowicz manages to escape and its up to him (you) to unravel the mysteries of ‘Operation Resurrection’ and escape Castle Wolfenstein.

Return to Castle Wolfenstein was a pretty decent game and it managed to update the franchise while still not forgetting its roots as it featured several nods and references to Wolfenstein 3D. Its an action packed shooter like its predecessor only this time it contains more of a story. The supernatural elements of Wolfenstein 3D are also played up much more and offer some depth to the plot. 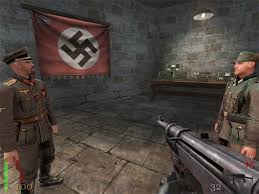 Reviews at the time gave the game pretty decent scores as a single player game, but it was the multiplayer element that received the most praise.

There were plans to make a direct sequel to Return to Castle Wolfenstein, but things didn’t quite work out… 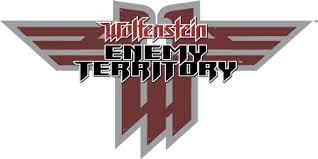 Wolfenstein: Enemy Territory: This was released in 2003, developed by Splash Damage and published by id Software. Originally planned to be a sequel to Return to Castle Wolfenstein but there were problems during development, so the single player element was dropped from the game and it was released as a multiplayer only title.

Created to build on the success and popularity of Return to Castle Wolfenstein’s highly praised multiplayer. The game was released completely free to anyone. Originally, the game only contained six maps to play on. But thanks to a great gaming community, hundreds of user created maps were soon added. There are various game modes to play including; Objective Mode, Stopwatch Mode and Last Man Standing coupled with plenty of options to tailor the game’s settings to suit your style of play. 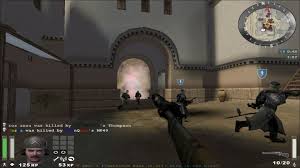 There are various classes to play as each with their own skill sets, strengths and weaknesses. As you play, you’ll earn experience points which allow you to level up your skills. This was a pretty good multiplayer shooter… but it really had nothing to do with Wolfenstein at all. It was just a good WW II based multiplayer shooter and could have been given any name really.

So what next for Wolfenstein? How about an RPG? 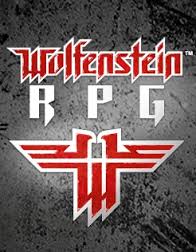 Wolfenstein RPG: Developed by Fountainhead Entertainment and published by EA Mobile. This oddity was a mobile only game for iOS in 2009 and programmed by id Software co-founder; John Carmack. Yes, an RPG based in the world of Wolfenstein because… why not?

William “B.J.” Blazkowicz is back and is being held by the Nazis. You must escape Castle Wolfenstein (again) and save the world by putting and end to the SS Paranormal Division (again). This game plays like an old school, turn based RPG but looks like Wolfenstein only given a bit of a comedic/cartoon slant. You roam areas, loot for items, kill Nazis, zombies, skeletons and even paintings of Hitler… 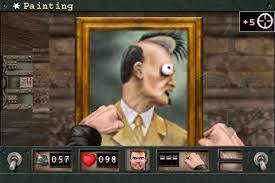 If you have ever played a dungeon crawler style game like Dungeon Master, etc then you’ll know what to expect with this game. Its a slow paced game as its turn based, so no ‘running and gunning’ here and a big departure from previous games. But its also damn good fun and very addictive with a great black humour and an exaggerated comic book art style. The game was well received when released and well worth playing, but sadly its no longer available on Apple’s app store.

Well that was ‘interesting’ but now its time for yet another reboot. 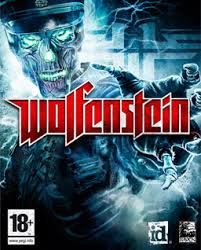 Wolfenstein: Yep, just plain old Wolfenstein. Developed by Raven Software and released in 2009. This was the second time the series was rebooted, but was it any good?

Yes, B.J. Blazkowicz is back once more to shoot Nazis in the face. Set in the fictional town of Isenstadt. Blazkowicz steals a strange medallion and unwittingly unleashes its power. He soon learns that the medallion requites crystals called Nachtsonne that are only found in a Nazi occupied town called Isenstadt. Blazkowicz goes to Isenstadt to find these crystals and meets up with a resistance group dedicated to freeing Isenstadt from the Nazis. A bigger emphasis is placed on the supernatural elements as you come into possession of the medallion that grants you certain mystical powers. The game also uses a pseudo-open world styled hub that you could explore at will to find secrets and hidden areas. 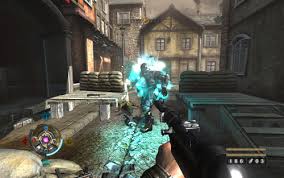 This reboot was quite a departure from the classic Wolfenstein games in the past and didn’t feel quite right. Don’t get me wrong, its a pretty fun game to play… but it just doesn’t feel like Wolfenstein at all. The game met with average reviews at the time and that was about fair to be honest. It was just a very ‘okay’ game that lacked that Wolfenstein style and attitude.

So what next for the series? Well another reboot of course. 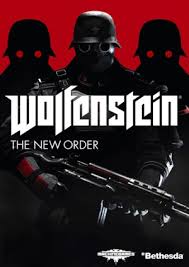 Wolfenstein: The New Order: Developed by MachineGames and published by Bethesda Softworks, released in 2014. This one was more of a soft reboot for the franchise as its often seen as a sequel to the previous game, but with a new timeline .

The plot here tells a story of an alternate timeline set in the 1960s where the Nazis won the Second World War and have enslaved the world. I don’t want to spoilt the plot here so I’m not going to reveal anymore. Once again taking control of veteran, William “B.J.” Blazkowicz as you make your way all over Europe and explore various levels and of course, shoot Nazis in the face with a variety of weapons. Wolfenstein: The New Order brought back the stealth element from the original games as you could sneak around, use cover and kill enemies while trying to no raise any alarms… or you could just blast away with dual shotguns old school style. The game offered a great deal of gameplay mechanics as well as an interesting story and plenty of secrets to find along the way.

Blazkowicz feels like a genuine character for the first time in the franchise as the story unfolds, he develops. There are decisions to make in the game that affect the plot, customisation for the weapons, alternate routes to find through the levels and even the chance to play maps from the classic Wolfenstein 3D but using the game mechanics from this game. There is a hell of a lot poured into this game as it mixes old style gameplay from previous Wolfenstein games but also adds a lot of new ideas that keeps the game feeling fresh and gets you wanting to try multiple play throughs and search out all those secrets.

Wolfenstein: The New Order met with critical and commercial success and received impressive review scores. A wonderful melding of classic Wolfenstein and modern Wolfenstein to make a successful return for an ageing franchise. I highly recommend playing this one if your’re a fan of the FPS genre and Wolfenstein. The game was followed up with a add on… 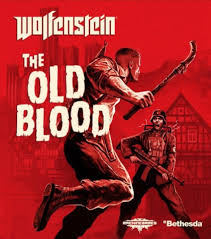 Wolfenstein: The Old Blood: Again, developed by MachineGames and published by Bethesda Softworks, released in 2015. This was originally going to be relased as two separate pieces of DLC, but it was decided to combine the two and release it as one whole add on instead.

Not too much to say about this one as its more of the same with it being an add on to Wolfenstein: The New Order and it plays the same. This one is a prequel to the last game and set in 1946 where you playing as Blazkowicz on a mission to once again infiltrate Castle Wolfenstein. 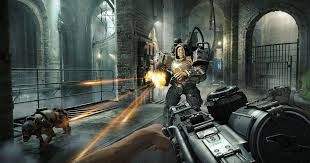 There are a handful of new weapons to use and customise and one of the biggest is the introduction of a steel pipe. Yeah the steel pipe doesn’t sound very impressive, but the way it is used in the game is quite clever as it can be used to climb walls, pry open doors, break open walls or just to crack people over the head with. This is just more of the same and its just as good as Wolfenstein: The New Order. 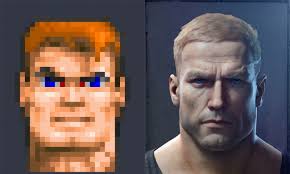 So there you have it, the Wolfenstein franchise in all its glory. From its humble beginnings as an early stealth game to earning a rightful place in gaming history as the ‘Grandfather’ of the FPS genre to riding high today with its modern entries. There have been a few ‘not so great games’ in the series though. But overall, its a great franchise and with rumours that a full sequel to Wolfenstein: The New Order is being worked on. The franchise looks like its not disappearing anytime soon. I can’t wait for more Wolfenstein and William “B.J.” Blazkowicz as I do enjoy a bit of B.J.

William ‘B.J’ Blazkowicz: “Here’s how this is going to work. I’m gonna ask you one question. You’re gonna answer that question in a way I find satisfactory and if you do not, I’ll saw your head off with this here appliance, you hear me?”

You can also read my Wolfenstein 3D gaming overview.