Well, by the time I have finished writing and publish this article, one of the great icons of the big and small screen will be no more. The man with the chin, Bruce Campbell has decided to retire Ash Williams and tonight the final episode of Ash vs Evil Dead will air.

I guess all good things have to come to an end eventually and to say a personal goodbye to one of my all time favorite characters. I’m going to to take a look at the Ash Williams character from the very start to the end by covering all his big and small screen appearances from the movies, TV show and even video games. Here is my farewell to the King, Ashley Joanna Williams.

There will be possible SPOILERS for those that have not seen the films or all of the TV show.

This is where it all started back in 1981 with the release of The Evil Dead…though the film was shot through the late 70s. People who are more used to the modern Ash will be quite surprised at the original version. The quips, the one liners, the chainsaw-hand, the balls to the wall hero – none of that existed in the original film. The Ash Williams here is much more subdued and even cowardly…a complete wuss really by comparison to his modern counterpart from the Ash vs Evil Dead TV show. That’s not to say he still doesn’t kick any Deadite balls as he spills plenty of demonic blood through the flick. Its just that most of it boils down to the fact he’s scared and has his back against the wall over him being a wisecracking bad-ass.

Seeing Ash snivel and shake with fear adds a lot of depth to the character and its a trait you don’t really see in horror male leads as that’s something the females usually get associated with.

This film is still one of my all time favorite horror films and one I find much more appreciation for knowing the hell they went through to make it. I personally like my Ash Williams more in this than what he becomes later in the franchise. I prefer the underdog that fights back to the obvious, bombastic hero with the over-inflated ego.

So after the unexpected success (and it was) of the first film, the sequel was released just a mere 6 years later. Its quite obvious by the end of the previous film that there was no intention to bring Ash back. In fact the film’s director Sam Raimi said that “everything dies at the end” of the film and that includes the music too…it really does. But as The Evil Dead became such a much loved cult classic, a sequel was made and Ash Williams was brought back too.

This is where you first start to see the more ego-fueled Ash begin to creep in. Don’t get me wrong there is still a touch of the cowardly about him especially during the first 40-odd minutes, but as the film progresses, Ash gets more confident and cocky. Deadites get shotgunned and chainsawed as plenty of claret flies around – something Ash begins to take great relish in, just watch the scene where he cuts off his own hand for proof.

This is a more balanced Ash. He still retains some of that cowardice and reluctance but Ash will go toe to toe against some Deadites and begin to enjoy it too. There are also a couple of his wisecracks including his most famous catchphrase of “groovy”.

Three films in and Ash is nothing like his original anymore, there is no balance between coward and hero – Ash is now a full-tilt, verbose, overblown leading man. This is the dawn of the Ash Williams most people know of. Pretty much all of his dialogue is some kind of wisecrack and Army of Darkness is easily one of the most quotable films ever made.

Ash is at his Deadite killing best here and where the iconic status of the character really stems from. All the trademarks are here from the chainsaw-hand, his ‘boomstick’ to his quips and comedic lines. There was a delicate balance between horror and comedy in Evil Dead II, Army of Darkness is a very different story as there is very, very little horror and bucket loads of comedy in its place.

I have a love/hate relationship with this flick because I can not deny that its awesome. It really is such a fun and entertaining picture. But its just not the Ash I like and the film is really an action/comedy that has lost sight of its horror roots. 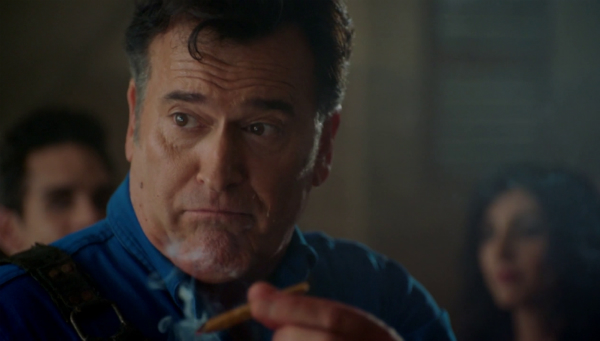 This is where it all lead up to. For years, from 1992’s Army of Darkness the fans had been wanting to see Ash Williams back on the big screen and several times Sam Raimi hinted at making an Evil Dead IV. The film never did happen but in 2015 Ash was brought back in TV show form for 30 episodes over 3 seasons.

This is the same Ash from Army of Darkness only turned up to 11. Ash from this TV show makes Ash from the previous film look like Ash from the first film. He is so overblown and explosive that you just can’t ignore him. The one-liners and insults come thick and fast. Ash now much older (its been almost 40 years), but still trying to play young is fun and provides plenty of comedy. Plus the show had more than enough gore to appease even the most hardcore Evil Dead fan.

It was a good show and great to see Ash back where he belongs…even if I thought the finale was very weak. Yeah I’m writing this just after watching the final episode of the show and I was disappointed by the send off to be honest. Its left open while also passing the torch at the same time. But I feel for a swansong for one of my all time favorite characters, it ultimately was a let down.

Well that covers Ash’s life in terms of movies and TV. Time to take a look at what he got up to in a few games.

Evil Dead: Hail to the King

This game from 2000 is set 8 years after the events of Army of Darkness and Ash is back still being played by Bruce Campbell. Yeah this is wisecracking Ash too as he has to battle Evil Ash, also played by Campbell. Its a game so obviously heavy on the action more so than anything else – including character so Ash takes a bit of a backseat to the onscreen chaos.

There’s still plenty of Ash to enjoy along the way but just not enough to please Ash fans like myself. Still, this was the first time Bruce had played the role since the release of Army of Darkness in 92.

Evil Dead: A Fistful of Boomstick 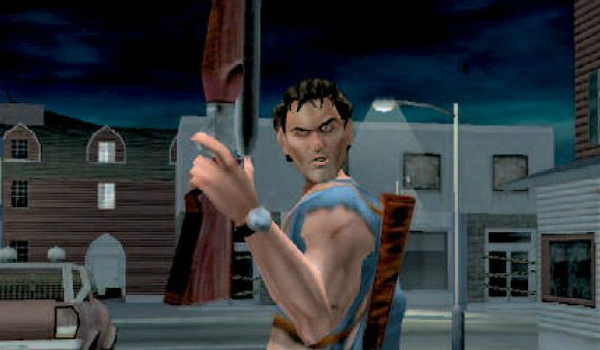 The second game is set 3 years after the previous one with Ash spending most of his time in a bar getting drunk. Of course the evil is released…again and Ash has to spring into action in an adventure that takes Ash through time kicking Deadite ass long the way.

Its always great to have more Ash Williams even if these games were very average at best. Bruce is still playing the character too so expect many more of those one liners delivered in that distinct Bruce Campbell manner. 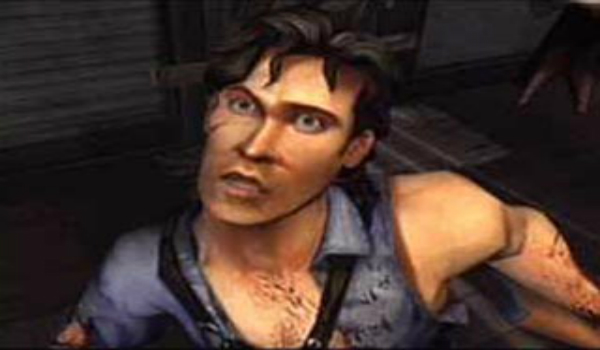 The last Evil Dead game and this one tells an alternate timeline set after Evil Dead II where Ash has been locked up in an asylum after the events of the first two flicks. This time, Ash teams up with a half human, half Deadite called Sam (named after franchise co-creator Sam Raimi).

Pretty much more of the same as Ash battles Deadites while cracking-wise. Of course Ash is still being played by Bruce Campbell so you can expect plenty of that Ash Williams crass humor.

Other notable game appearances include The Evil Dead released for the Commodore 64 in 1984. Based on the original film, the game is probably one of the first survival horror games and of course you play as Ash Williams. Broforce was a side scroller released in 2005 and features a Ash parody called Ash Brolliams. Finally there was Poker Night 2 from 2013 where Ash plays poker against other notable characters. Its also worth pointing out that Bruce Campbell does not play Ash in this game.

So there you have it. Ash Williams’ life on the big and small screen. Its been a hell of a ride and he’s a character I’m going to miss. Still, the phrase ‘never say never’ comes to mind here. I mean, it looked like Ash would never return to the screen at all after Army of Darkness and yet he did. There are still rumors of a big screen outing for Ash in an Evil Dead IV, the TV show could continue in one way or another with a different network picking it up, they could do a spin-off continuing the adventures of the Ghost Beaters lead by Kelly, Pablo and Brandy with Ash appearing – its possible given the whole ‘passing the torch’ of the last episode.

But whatever happens to the character from this point on, its been a damn fun, blood soaked journey. Thanks for the memories Bruce, its been a great ride. Hail to the King indeed!

Ash J. Williams: “Life is hard and dangerous, and sometimes you just gotta chop off somebody’s head to survive.“