I’ve been a fan of Rockstar Games since the beginning, since before the Rockstar name existed in fact. Back when a quartet of young Scottish game enthusiasts set up Acme Software, to be renamed DMA Design. From their first ever proper game, Menace in 1988, through some of the best games released on 16-bit computers with the likes of Lemmings. And then they made Grand Theft Auto in which would go on to redefine the gaming industry with the ground breaking Grand Theft Auto III from 2001, the game that was a figurative and literal game changer. Right up to today with their latest release, Red Dead Redemption II. Rockstar Games are responsible for some of the greatest games ever made in the last thirty odd years.

It’s been an amazing journey… but things seem very wrong at Rockstar Games from my perspective. Once, they were a powerhouse of game development and publishing, behind some of the finest titles ever to be released. But now? Now they have become lazy and complacent. Swapping that amazing legacy and reputation for money and more money. The next generation of consoles in on the horizon and this is the opportune time for studios to showcase what they have got planned for a whole new world of gaming. Sony recently revealed their latest monster, the PlayStation 5 and so to did several software houses show their wares, Including Rockstar Games. Bearing in mind that fans have been crying out for some new Rockstar titles for years now. Yes I know that RDR II is not exactly old, but it is coming up to it’s second birthday in a few months time. In those two years, Rockstar have revealed nothing. Other studios have been showing what games they have planned, some big name studios even managing to knock out multiple titles just a handful of years apart. So of course, Rockstar revealing their games for the the next generation of gaming was always going to be big news.

So what exactly did Rockstar Games reveal… the long awaited GTA VI, maybe the much fan-requested Bully II, perhaps the return of Max Payne, a sequel to L.A. Noire or possibly a return top the Manhunt series… or even an all new and exciting IPs? No, Rockstar reveled that they would be re-re-releasing GTA V on the PlayStation 5 and Xbox One Series X.

For those that want a count on this. GTA V was first released in September of 2013. That’s (almost) seven years ago now. The game was originally released on the Xbox 360 and PlayStation 3. It sold and sold very well, so Rockstar re-released the title on the then/now current generation of consoles, the Xbox One and PlayStation 4, as well as a PC port… and it sold well again. Now, Rockstar are re-re-releasing GTA V yet again for the up and coming new generation of consoles. Seriously? That’s three generational releases of the same game in what will be over seven years by then. GTA V has sold in the region of 120 million copies and made around $6 billion along the way. Rockstar have made their money on this game already, and then some. Do they really need to keep milking this cash cow so damn much?

Seriously, what has happened to Rockstar Games? Let me just take a quick look at their most recent history in terms of games.

That’s an impressive list of games and really great DLCs. There’s not one bad game in that list, some better then others sure, but not an out and out terrible game at all. That’s a five year period of several top quality titles and DLCs, proving you can have both quality and quantity. Now, let’s look the the following seven years.

Okay, so I’ll also count the GTA V re-release too… the first one. But just look at the drop off in production. Yes I know games get bigger and more expensive to develop, but Rockstar are not one small studio. They are worldwide with multiple studios all over the globe. They now have more people working for them today then they did between 2008 – 2013 when they knocked out several high quality titles. So now, with a bigger staff and more money to spend, all they can do is release one game and re-re-release the same title again and again? What’s happened man?

Look, I’m not saying that I want yearly GTA titles, but how about more than one new game every septenary for starters? I’m going to bring up Ubisoft here, often cited as one of those kind of studios that just churns out the same game over and over but with a few slight changes. Let’s look at their Assassin’s Creed series for this example. This is one of their franchises that people say is tired and that Ubisoft just keep rehashing the same gameplay mechanics over and over (just like Rockstar and their games). Yeah, I can agree with that. But in 2017, they released Assassin’s Creed Origins to high critical praise. A game that was nominated for and won a few industry awards. A game that is very well liked among the gaming community as a whole. An epic sized game with a gargantuan open world map full of things to see and do. A game that changed the formula of the franchise. Then they followed that up with Assassin’s Creed Odyssey in 2018. Again, much like the previous game, a title that was very well received among gamers and critics alike. Another huge open world map with plenty to see and do. Oh, it’s also worth noting that Ubisoft also released plenty of single player DLC for these two games too, including giving away two remasters of older Assassin’s Creed games. Then of course, they also have Assassin’s Creed Valhalla coming out this year too, which is looking just as epic as the last couple of titles. 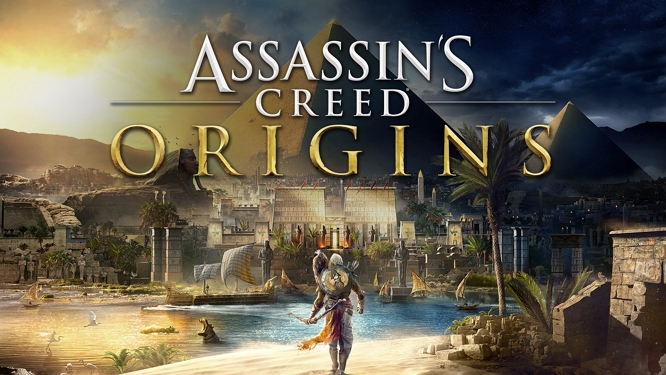 So that’s three AAA titles in the same franchise all released between 2017 – 2020. Three games with massive open world maps, with tonnes of gameplay, with single player DLC to add even more gameplay. Oh and that is just one franchise within the Ubisoft empire, they have more including The Settlers, Tom Clancy, Far Cry, The Crew, Watchdogs to name a few. All with new titles either already released over the last few years since Rockstar first released GTA V, or up and coming new titles over the next few years. Now just look at Rockstar Games again with their RDR II and re-re-release if GTA V. How have they gone from multiple quality games and great DLCs released between 2008 – 2013 (and even before then) to one game and the re-re-release of the same game (and no great DLCs) between 2013 – 2020?

If Ubisoft and other worldwide studios can make multiple well received games within their respective franchises, then why can’t Rockstar Games do this anymore, like they used to? I actually already know the answer to this. It’s the staggering success that is GTA: Online. They are making  so damn much money from microtransactions tied to GTA: Online that Rockstar just don’t really need to make games any more. They can sit back and just watch the money roll in without having to spend cash on expensive game production. They can re-re-release GTA V… again, because they know idiots will still go out and buy it… again.

Of course, the leaving of one of the best gaming programmers/producers, Leslie Benzies has been a massive blow to Rockstar… much more than they are willing to publicly admit. Then when Dan Houser left earlier this year, they lost another huge and equally important slice of what made Rockstar Games the studio the once were. Rockstar have a total of nine separate studios/divisions all over the world and thousands of employees. So with all that experience, all that talent, all that technology at their fingertips… they can only produce one game in seven years? They can’t have multiple studios working on more than one game at a time? One new game in seven years from a worldwide, multi studio developer/publisher is atrocious. And if you follow the pattern and drop of in production, you’ll not see a new Rockstar Games title in ten years, then it’ll be fifteen years and so on.

I honestly believe that Rockstar Games have sold out. They’ve sacrificed their staggering reputation for money.  They have become microtransaction whores, it’s not about making great games anymore, it’s abut making money and more money. And you know what, there’s got to be a point when they creative minds at Rockstar just get bored and leave, like Dan Houser? 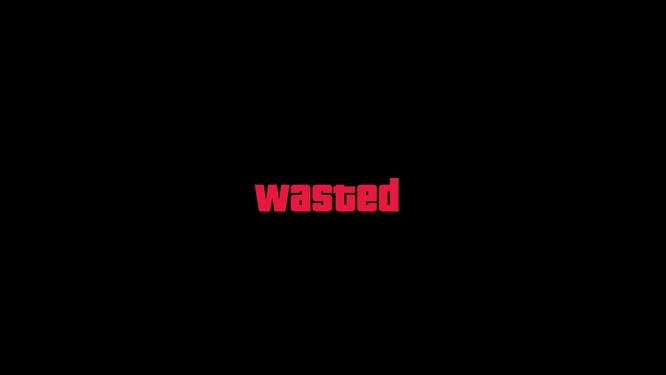 I loved Rockstar, yes, that does read ‘loved’. But now, it’s quite clear they are no longer the same company they used to be. I guess you could put the blame on their parent company, Take-Two. But then again, if the big-wigs at Rockstar Games were unhappy about the lack of creativity, the lack of output, the lack of games… then why have they stayed with Take-Two for so long? For me, Rockstar have proven that they are dead. Not financially, not even close. They got plenty of money in the bank from all the idiots buying Shark Cards for GTA: Online. But creatively? They’re long gone. All the GTA VI rumors, I just couldn’t give a fuck now. GTA VI should’ve come out four years ago, we should be on RDR III (and RDR II six years ago) by now, we should have Bully II, we could be playing all new IPs from them. But instead, we got GTA V, GTA V, GTA V and more GTA V.

I think I’m done with Rockstar Games now. For me, they’ve been on the rocks for a while, but this whole GTA V re-release again has really cemented their laziness and greed. I’ll just wait and see what Leslie Benzies and Dan Houser get up to instead.