So there’s going to be a 30th anniversary reunion of The Fresh Prince of Bell Air.  DJ ‘Jazzy’ Jeff Townes announced that the reunion has been recorded and will air on HBO Max in the near future.

What with the recently announced Fresh Prince reboot, which will be a gritty drama instead of a lighthearted comedy like the original, there’s a resurgence of interest in this classic sit-com. In a world where pretty much every time your read/hear the news, it’s something shitty, this Fresh Prince reunion is a much needed ray of sunshine. Check out the pics below and try to work out why nobody has hardly aged over the last three decades… 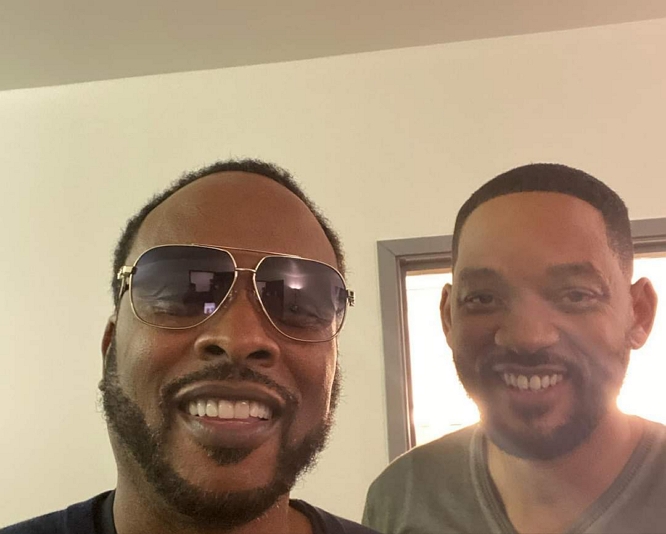 And yes, that’s the original Aunt Viv, Janet Hubert with Will Smith. I’m not going to go into details here, if you know your Fresh Prince history, then you know just how monumental that image really is. Sadly, one of the biggest and most important cast members will be missing as Uncle Phil, played by the amazing James Avery died back in 2013. Best TV father ever! But I’m sure that while he can’t be there physically, he’ll be there in spirit and will be fondly remembered by the rest of the family.

Anyway, I love The Fresh Prince of Bell Air, it’s genuinely one of my all time favourite TV shows. I’m so excited for this reunion, so I thought I’d take a look at some of my favourite moments from this amazing sit-com with the greatest ever theme tune.

Originally airing in 1990 and running for six seasons, Fresh Prince was The Cosby Show for cool people… only with far less rape (is it still topical to do a Bill Cosby joke?). The Fresh Prince of Bell Air told the story of a fictionalised version of Will Smith moving from West Philadelphia (born and raised) to live with his Aunt and Uncle in the more affluent Bel-Air, after getting himself into some trouble. The series often contrasted Will’s street-wise lifestyle with that of his more upper-class relatives. While a comedy at heart, Fresh Prince also dealt with more serious issues and topics. With over one hundred and forty episodes, there’s a lot of great moments to chose from, whether they be funny or more emotional and heart-breaking… and I’m going to take a look at just a handful of my favourite bits right now.

Usually the second verse it cut from the opening as we often got the truncated version of the theme tune, but here with the first episode, we got the whole thing and it is glorious.

Aunt Viv’s (Janet Hubert) dance. This is perhaps one of the most iconic moments of the whole show. The episode (The Big Four-Oh) revolved around Aunt Viv turning forty. While going trough a bit of a mid-life crisis, Viv decides she wants to be a dancer. At a dance class, she is ridiculed by some of the regulars and made to feel more than a little uncomfortable. The dance teacher goes over the complex move-set and plays some C+C Music Factory (Everybody Dance Now), then Viv steps forward. What follows is about forty seconds of pure bliss as Viv blows everyone away with her dance moves. The fact that Janet was actually trained in dance at Juilliard kind of helps, but even so, this was one of the best ever moments.

Wherever Will, or others, would break the forth wall. Too many individual moments to chose from and aside from the many times Will looked directly at the camera to the audience, but here are some that come to mind.

While it was mostly the same gag reusing the same clip and Jeff having to wear that same shirt, there were a few variations. Uncle Phil has actually been thrown out once, though it was via a nightmare. Will has also been thrown out in the same way as the Jazz gag. Jazz has even thrown himself out to save Uncle Phil from doing it. Plus there are other versions, like the one at the end of the forth wall break clip above.

Carlton’s obsessive fandom of Tom Jones was always good for a laugh. From sly jokes made at Carlton’s expense to that dance. The song, It’s Not Unusual had a bit of a resurgence thanks to Fresh Prince, Carlton played it a lot and would always break out his best dance moves. Alfonso Ribeiro as Carlton always threw everything he had at the dance too no matter how many times he had to do it, and every time, it was TV gold. But it got even better.

The man himself, Tom Jones even appeared on the show as Carlton’s guardian angel. In the episode, The Alma Matter, a bit of a It’s a Wonderful Life parody where Carlton is feeling a bit depressed, he wonders what it would be like if he never existed. Enter Tom Jones to put Carlton right and show him how much he matters to the family.

Despite being a family friendly sit-com, Fresh Prince still got a little heavy now and then. The hi-jinks would take a back seat to deliver a more sober and often poignant point. Racism, alcohol abuse, sexism, mortality and other important subjects have been covered… and covered really well too. 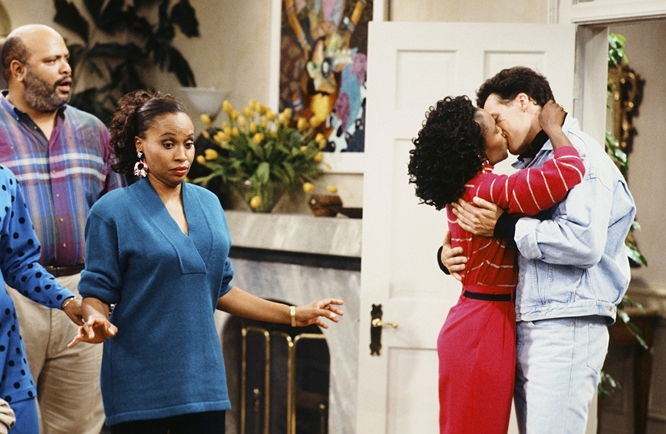 There are many more deeper and sombre topics handled in Fresh Prince, but this article is getting a bit to long now and I need to bring it to an end. But before I do, I have to cover perhaps the greatest moment in the entire show. Another hard-hitting moment that involved Will’s estranged father.

Papa’s Got a Brand New Excuse

This really is the great episode. Will’s father, Lou turns up after being absent for the last fourteen years. Lou walked out on Will and his mother and never looked back. Still feeling a little bitter about the whole thing, Will eventually forgives Lou and agrees to give him another chance at being a dad. There’s some bad blood between Uncle Phil and Lou as Phil sees through his lies, even if Will doesn’t see it himself. Long story short, and Lou eventually walks out on his son once more and Will finds solace in Uncle Phil’s arms. Look, my description just won’t cut it, you need to experience the scene for yourself…

“No, you know what, Uncle Phil? I’ma get through college without him, I’ma get a great job without him, I’ma marry me a beautiful honey, and I’ma have me a whole bunch of kids. I’ma be a better father than he ever was, and I sure as hell don’t need him for that, ’cause there ain’t a damn thing he could ever teach me about how to love my kids!…

Will has gone on record as saying that one scene was the most important of his young acting career. There are many behind the scenes stories surrounding it too, from cast members crying (if you listen just before the credits roll, you can hear Karyn Parsons (Hilary) sobbing). Will thinking he couldn’t pull it off, to be pulled aside by James Avery and given a major confidence boost. Even James himself has been reported as whispering “That’s fucking acting right there” into Will’s ear during the scene when they hugged at the end.

Oh and a quick bit of myth busting. It has been said that Will wasn’t really acting in that scene because his father abandoned him and he was just conveying all the hate he felt toward his real-life dad. Not at all true. Will’s parents did split up when he was young, but his father never abandoned him. In fact, Will and his father had a great relationship and he was a huge influence on Will’s career too. Sadly, Willard Carroll Smith, Sr passed away in 2016. Here’s a clip talking about that very scene from 2018. Well worth watching.

Of all the times Fresh Prince made me laugh over the years, it also made me cry . This episode and whole scene really hit hard with me personally as my father walked out when I was young and never looked back. I’ve always had that same “fuck him” attitude too, I’ll do and have done just fine without him, “I’ma be a better father than he ever was”, damn right. Anyway, it’s all getting a little too personal, so I think I’ll end this one here.

But yeah, I’m really looking forward to this reunion. Three decades of The Fresh Prince of Bell Air and I still think it’s as watchable now as it was then. It’s still relevant and many of the issues the show raised are (sadly) still problems now. It’s still funny and while Will Smith is as charismatic as any one person could ever be, the entire cast are mesmorising and all bring something worthy to the table. Will may have been the main star, but he was supported by a galaxy of others. 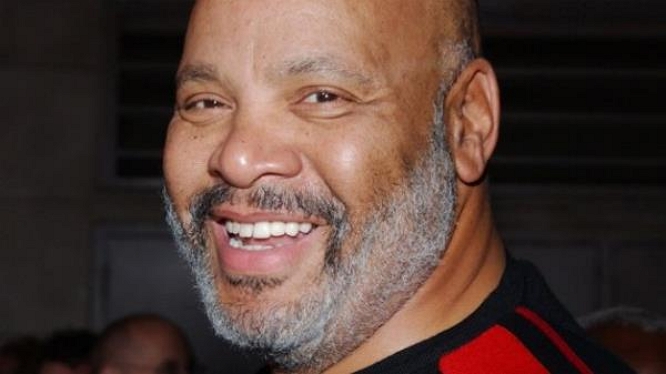 And as for James Avery, best TV dad ever. The big guy with the even bigger heart and smile is very sorely missed.