It has been a bit quiet on the indie gaming front the last few weeks. Still, the New Year lull is almost over and there are some great-looking titles coming up through Spring, so expect a few reviews to be coming soon. Things get underway with this review of Zombie Rollerz: Pinball Heroes from developer Zing Games Inc. and publisher Daedalic Entertainment. A review not from me, but my semi-regular and keen reviewer, Dave Corn.

Zombie Rollerz is the ultimate mashup of classic pinball, zombie defense and rogue-like! Shoot, slam and smash your way through hordes of zombies and epic boss fights. Select your hero, it’s time to become a pinball wizard!

Not much more cries Americana than those big neon jukeboxes, ridiculously oversized ice cream sundaes with a bubble gumball at the bottom and at the top of that list for me with all that is pinball machines. Unlike the rest, proper pinball, those full-sized machines that take up a lot of room, making owning one a big ask. When like me, you have a family and they require their own places to sleep. Apparently, each of them ‘needs’ their own bed and sleeping on a pinball machine is just ‘not comfortable’ and is ‘unreasonable’.

The solution to the unfair family problems and the lack of space seems to be digital pinball. A genre that has been going on nearly as long as consoles have been in the home, a prime example of which is the hybrid pinball game Sonic Spinball on the Sega Megadrive. There are a lot of choices out there for digital pinball games and a lot of free tables too. Often you can download a modern pinball game and it will offer you a free table to entice you, then you can purchase more to build up your collection (Marvel Pinball Heroes). So that brings me to the game I’m reviewing today Zombie Rollerz: Pinball Heroes.

Zombie Rollers doesn’t try to be like a lot of the other pinball games out on the market, it won’t show you faithful recreations of classic tables but instead, built a game around using the ball and flippers as a way of killing zombies on the level. Giving you the ability to do trick shots, you can line up several zombies at once for multiple kills or use exploding barrels or other such environmental traps to get combos. 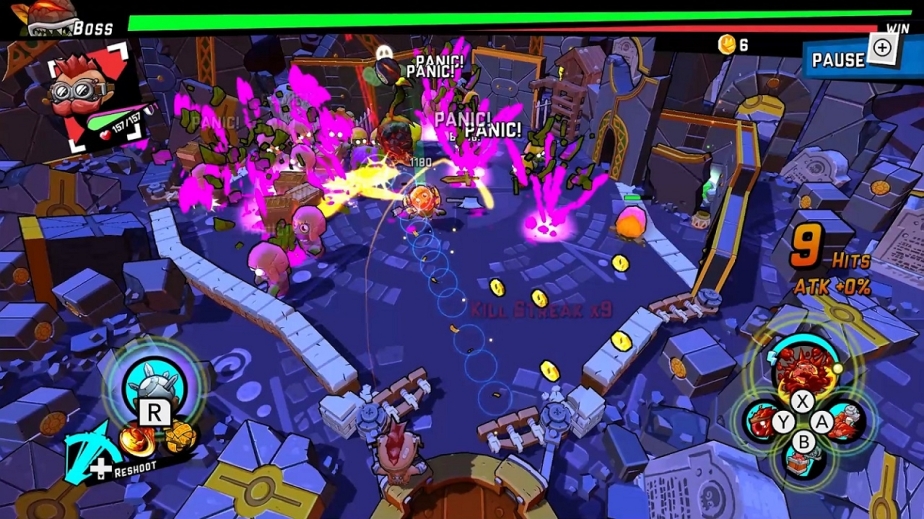 Starting out, the game really is quite a lot of fun. It piqued my interest as a stand-alone game and not one that was not trying to sell me more DLC (as most pinball games these days give you a free table and then anymore you want, you have to buy separately). Playing this on the Nintendo Switch, this is a real ‘pick up and go’ game in the vein of pinball… great. But then it falls down, even though the gameplay is ok in quick bursts and the game looks decent too, it soon crumbles in the menus between the levels, all of a sudden you are seemingly playing a mobile phone game or at least that’s how it feels for the most part. 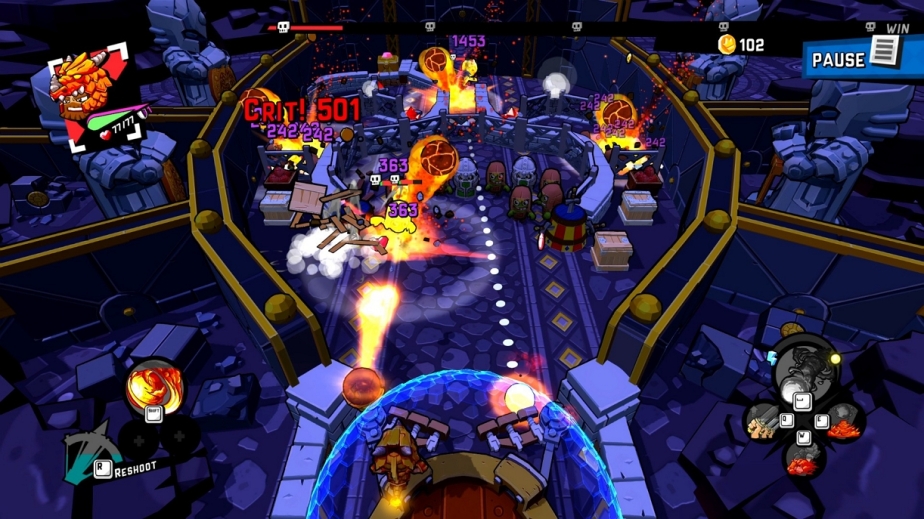 For small children and casual gamers, this game would probably be great to keep them occupied for a while but for older gamers, I’d suggest that you give this one a miss. There are some truly great pinball games out there. But I think that Zombie Rollerz: Pinball Heroes could have been something special with a little more attention payed to it. The pinball formula has been changed, updated and it has worked before in other titles. Here though, it just feels a bit flat.