For the record, I really enjoyed Mafia III – But I really can’t argue against many of the problems reviewers have pointed out about the game when it was first released. Since then though, there have been a few free updates that have added changeable clothing, car customisation and a few other tweaks and fixes to make the game much more playable. Yet the core gameplay can still get a little stale and repetitive on the whole.

But despite its problems – I enjoyed playing through Mafia III recently. There is one thing this game does really, really well and something I’ve not really experienced in any other game. Well, there are actually two things the game does amazingly well. The first one is the awesome soundtrack. With the likes of; The Animals, Jefferson Airplane, The Beach Boys, James Brown, Roy Orbison, Otis Redding, The Rolling Stones, Sam Cooke, Sam & Dave, Status Quo, Dusty Springfield, Marvin Gaye, Jimi Hendrix, The Temptations… the list goes on and on.

Some of the world’s greatest musical artists all found in one place. This soundtrack is sublime with over 100 songs and easily one of the best I have ever listened to in any game. I’m tearing around a a fictional recreation of New Orleans with Creedence Clearwater Revival blasting out… and its good.

Still its not the soundtrack that got me wanting to write this article, its the other thing this game does brilliantly. Racism.

For those not in the know – Mafia III is set during 1968 in the city of New Bordeaux which is (as previously mentioned) a fictional version of New Orleans. Oh, and you play as a black male protagonist – Lincoln Clay. If you are not sure why the time frame, locale and black main character is a problem then go read a little on black history.

Racism was rampant (understatement) during this time and the game even opens with a warning from the game’s developers – Hangar 13 about some of the racism the game contains. They also justify including it by saying choosing to ignore the whole thing would have been disrespectful to those that lived (and died) during these times and I agree. 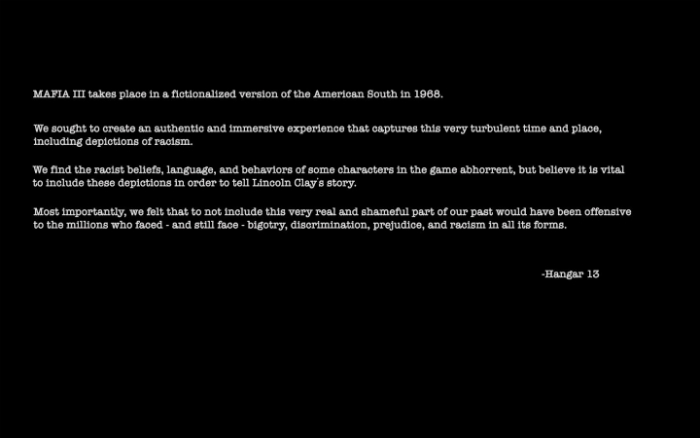 Racism is a subject that games tend not to address and I don’t mean the use of racial slang and slurs as many games do this. I mean actually using racism as part of the setting, story and characters. The only game that I can think of that even slightly touched upon this was 2013’s BioShock Infinite, and even then it was only briefly mentioned or referenced.

Mafia III does not shy away from its racism undertones at all. If fact, many of those undertones become overtones as the game progresses and Lincoln’s story unfolds. The use of racism in the game really hits home and its much more then just hearing derogatory slang.

Now at this juncture of the article, I feel I should point something out, I’m white. Yet the themes and tone of this game really opened my eyes. Yeah I’ve always been aware of the racism of those times, I’ve read books, I’ve watched films, etc that use similar themes. Yet to get to interact with a world, all be it a fictional one that also uses the same themes of racism in this way really hit me in a strange way. 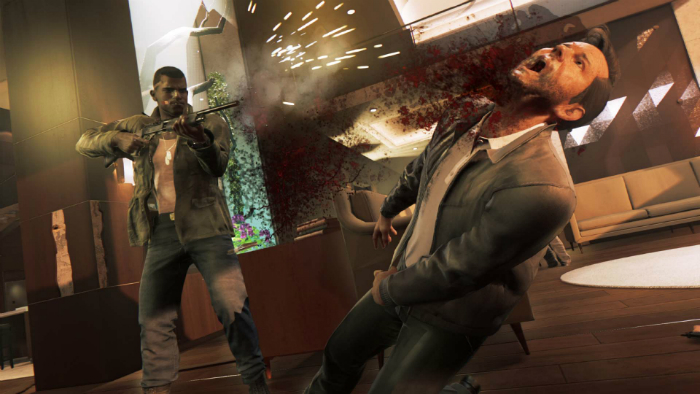 As I previously said, the racism in this game is more than just hearing the bog-standard and overused offensive terminology, allow me to explain. What Hangar 13 have done is try to convey what it would have been like for a black man (or woman) around that time in America’s Deep South. Playing the game as Lincoln, you’ll face all kinds of obvious and even subtle racism.

Things like segregation is used to great effect, you can go into any of the shops in and around poor, black neighbourhoods with no problem… but go to the more up-market white neighbourhoods and as soon as you walk into shops with a ‘no colored allowed’ sign out front , you’ll get a message on screen saying you are trespassing then the white owner will tell you to leave and if you stay, they will become violent or call the police… just because you walked through a door.

The first time this happened to me while I was playing – it sent a shiver down my spine. But this is not all you’ll come across in the game. Another example I can give was when I stole a car from a black NPC, I heard the police radio where it was suggested that an officer should go and “maybe take a statement”, then when they did bother to turn up – they only searched for me for a few seconds. Yet when I stole a car from a white NPC, the police response was almost instant and the search lasted much longer too.

You get the same thing depending on where you commit a crime too. Go to a poor, black neighbourhood and police response is lax, yet commit the same crime in a more affluent, white neighbourhood and the police are much less forgiving. Its subtle stuff, but brilliantly portrayed and there is a lot more to discover. Walk around a predominantly white neighbourhood and you’ll hear NPCs dropping the ‘n-bomb’ several times, white women with clutch their purses closer to their chest as you walk past, red-necks will call you “boy”, police officers will agitate and abuse you just for standing near them, you will sometimes stumble across random acts of violence of white NPCs beating up black NPCs… and you can chose to intervene or ignore it too. This is a tough decision to make – I mean, do you stand there and take all the racist abuse just for walking down a street or do you go over to the NPC dropping ‘n-bombs’ every other word and punch them in the face? Do you want to face the consequences of the overzealous police?

A lot of the racism in the game is subtle. Yet Mafia III also features racism that just slaps you right in the face. One mission (mild spoilers) has you interrupting a meeting of the game’s fictional substitute for the Ku Klux Klan, the Southern Union. During this mission, you can slaughter dozens of bigoted racists… and I did… and I enjoyed it. You see, this mission ends when you kill the ringleader of the group – so when it came to that point and after I had already brutally murdered plenty of these racists, I didn’t want it to end. So I loaded up my last checkpoint so I could do it all again… five times. Pulling off head-shots with a shotgun, getting up close and stabbing these NPCs in the face with a combat knife, etc. I just enjoyed punishing these bigots in as many different ways as I could… a lot.

Then there is a second part to this mission (more mild spoilers) where you go to the funeral of the ringleader you just killed – with you disguised as a waiter and you have to serve these rich white folk some wine. Yet you have spiked the wine and all the time I was controlling Lincoln being forced to serve the vino… I had a wry smile on my face because I knew this was not going to end well for them.

No game has ever displayed racism in this way and its really, really effective. It is handled respectfully, in a believable and grown up manner too. Mafia III has several problems as a game and yet its use of racism as a story and character narrative is sublime. It shows that games can tackle more risque/sensitive material and in the right hands, do these subjects justice too. The social commentary the game offers is something I hope future games will learn from and we do get to see many more similar adult themes handled in a much better way.

Everyone at Hangar 13 should be damn proud at what they have managed to achieve here. An effective piece of storytelling using one of the most abhorrent slices of human history.

Now if you’ll excuse me, this white boy feels the need to go back to New Bordeaux and stab some racist NPCs in the throat. 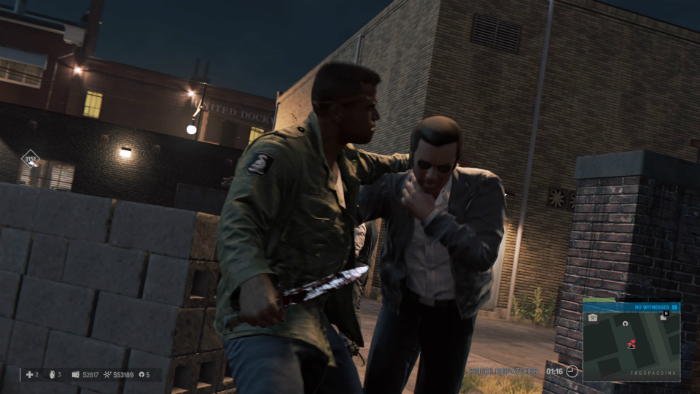